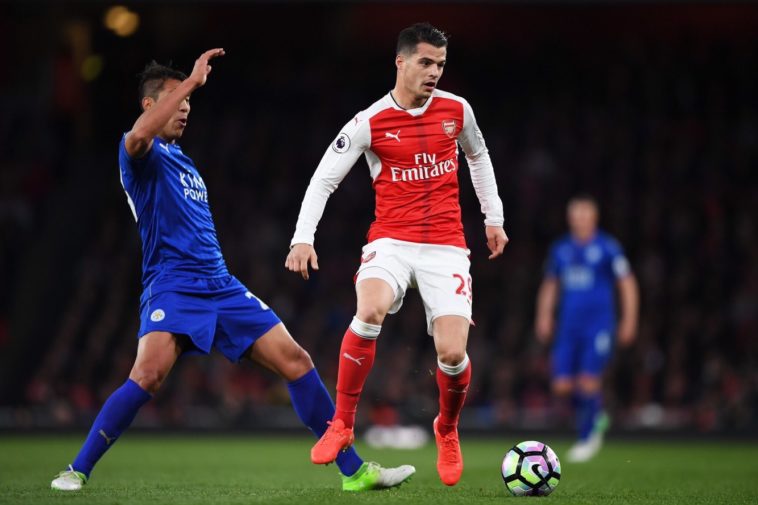 Arsenal managed to scrape three points against Leicester City to keep their top four hopes alive. Here are five things we learned from the encounter.

Xhaka continues to improve in midfield

Granit Xhaka has not had the easiest start to life at Arsenal and has often spent more time fouling players than concentrating on the game. However, in recent games he has been fully focused on the football.

Xhaka is an undoubtedly passionate player who is starting to show what he is capable of. As well as a deflected 20-yard shot, Xhaka had a passing accuracy of 91% in the first half and 64 touches. He received a yellow card but it wouldn’t be a Granit Xhaka performance without one!

Arsenal can be consistent

As always, Arsenal have been frustratingly inconsistent this season, often losing matches that they have no right to lose.

After a 2-1 win against Middlesbrough in their last Premier League fixture, the win against Leicester signaled their first back to back wins since January 22nd. Consistency is key and Arsenal need to keep the momentum going.

Well not really, but sort of. The goal that won the game for Arsenal went down as a Robert Huth own goal but it was due to a deflected strike from Nacho Monreal.

The Spaniard scored against Manchester City in the FA Cup semi-final and even though he cannot claim this goal as well, he played a part in it. He may be 31 but Nacho Monreal is still proving his worth for Arsenal.

Mahrez was Leicester’s only bright spark

Jamie Vardy and Leonardo Ulloa endured equally frustrating nights at the Emirates. Riyad Mahrez was the only one who looked capable of breaking down the Arsenal defence.

The Algerian winger put crosses in the box, got on the end of crosses and generally caused Arsenal problems but he could only find the side netting.

Since taking charge of the Foxes, Craig Shakespeare has seen his side score at least two goals in seven Premier League matches. This run came to an end against Arsenal as Leicester failed to score despite having several promising opportunities.

The visitors will feel hard done by, especially having conceded so late on in the game, but they must move on quickly with another tough game against West Bromwich Albion on Saturday.