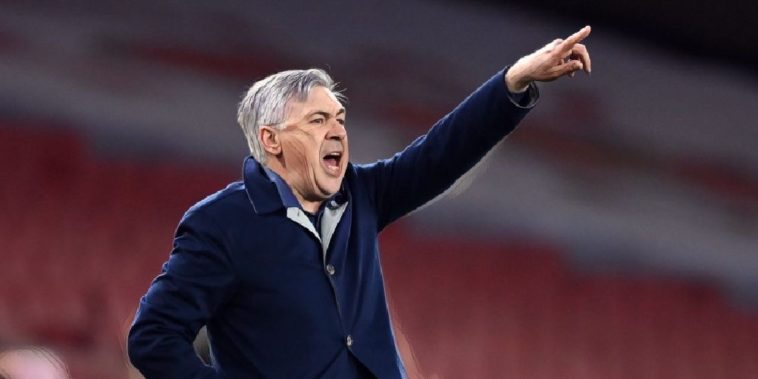 Everton re-energised their Champions League hopes as they secured their first away win against Arsenal in 25 years.

It was a game that would be played out between two sides whose European hopes had appeared to have dwindled in recent weeks, and it would turn out to be a particularly uninspiring first half at the Emirates.

The second half wouldn’t be much better, though Arsenal would be awarded a penalty by referee Jon Moss early in the second half following an apparent foul on Dani Ceballos. However, the decision would be overturned by VAR following a marginal offside by Nicolas Pepe in the buildup, though the initial decision to award a spot kick looked to be particularly soft.

It was a truly boring game throughout, though Everton would take the lead through a shocking piece of goalkeeping from Bernd Leno. Richarlison kept himself onside, before beating auxiliary left-back Granit Xhaka down the flank, squaring the ball across the box only for Leno to make a complete mess of things to inexplicably allow it between his legs to divert into his own net.

Jordan Pickford would be forced into a smart save to deny Gabriel Martinelli during second-half stoppage time to ensure that Everton moved to within three points of the top four places the win taking their points tally three points beyond their entire total for the 2019/20 campaign with six games still to play.

The victory was also the first that the Toffees have ever tasted victory at the Emirates, their last win away against the Gunners coming at Highbury back in 1996.

😎 No goals conceded in any of those wins this season! #ARSEVE pic.twitter.com/JFeR3nPhqb

Speaking after the game, Carlo Ancelotti conceded that the match probably should have ended up as a draw.

“A good result, important, we are still attached to the top of the table,” Ancelotti told Sky Sports. “We needed that. We keep fighting, we played a good game with difficulties.

“Defensively we were good, I am satisifed.To be honest it should have been a draw, Arsenal had more control of the ball. We were not clinical in possession. We deserved to win our last few games which were draws so we have those points back.

“Jordan Pickford did really well with a good save at the end, he was comfortable, good with the ball.

“After five games without a win it was an important victory. The race will be decided on the last game.”

Next up for Ancelotti’s side is a home game against Aston Villa.