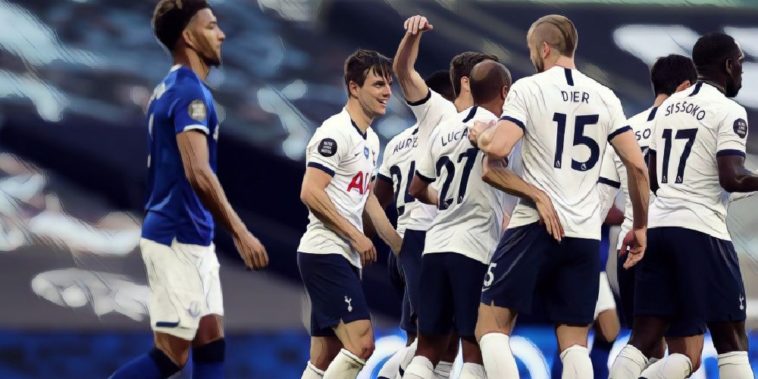 Carlo Ancelotti called on his Everton side to change their mentality against the so called bigger sides, the Toffees slipping to a 1-0 loss to Tottenham in a scrappy game in North London.

Both sides came into the game harbouring faint hopes of European football, though on this showing, neither probably deserve it.

Spurs were marginally the better side in the first period and took the lead through a scrappy own goal, Giovani Lo Celso’s strike taking a huge deflection off of Michael Keane, with the ball sailing past a helpless Jordan Pickford.

Everton did manage to muster a few chances late in the second half, though nothing that particularly troubled Hugo Lloris in the Spurs goal.

Overall, it was a game that won’t live long in the memory, though Carlo Ancelotti reckoned his side were ‘unlucky’ while calling on them to change their mentality.

“We lost a lot of second balls,” Ancelotti told Sky Sports. “We were a little bit unlucky – we could do more. We have to keep on fighting.

“Tottenham didn’t have a lot of chances. It was a battle in midfield. In the second half we created more opportunities. We didn’t have many chances but had a lot more possession.

“We have to change our mentality [against top teams] – that’s absolutely normal. We can improve day by day.”

Asked about their prospects of European football, the Italian added: “We have to keep fighting – we can have our chance still.”