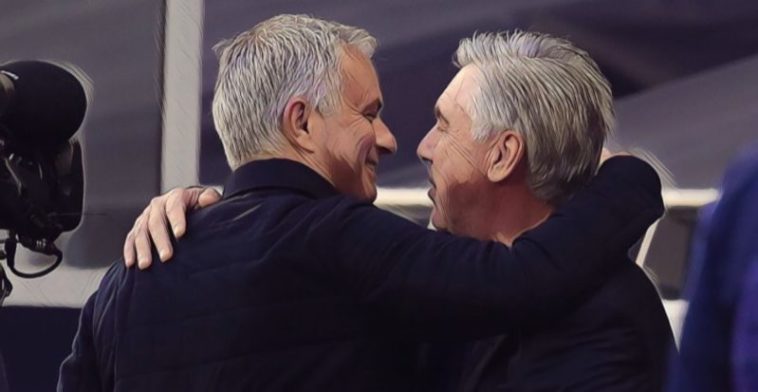 Carlo Ancelotti insists it is ‘an honour’ to be compared with Jose Mourinho as Everton prepare to face Tottenham in the FA Cup’s fifth round tomorrow.

Ancelotti and Mourinho are regarded as two of the finest managers of their generation with each having been hugely complimentary of the other in previous seasons, their extensive collections of silverware including a combined 12 league titles and five Champions League trophies.

The two coaching icons meet once again as Spurs travel to face Everton on Merseyside on Wednesday night, with both sides harbouring ambitions of reaching the latter stages of the FA Cup and ending long waits for major silverware.

Mourinho described his opposite number as ‘one of the top managers in the world of the last two decades’ ahead of a meeting between the two sides last season and Ancelotti has returned the praise ahead of tomorrow’s clash.

Both managers have taken on new challenges following the heights of conquering Europe in their earlier careers, with the two sides have drawn comparisons as they bid to challenge England’s elite.

Ancelotti says he has no problem with the comparisons between his own style and Mourinho, however, admitting is is an ‘honour’ to be discussed alongside the Portuguese tactician.

“We are really close, it is an honour for me to be compared with Jose,” said Ancelotti at his pre-match press conference.

“How I see his team play is comparable to us, that’s it.

“I don’t know if it’s a new style or old style, it doesn’t matter.”

Read Also – Top of the Pops: Counting down 10 of our favourite 90’s PL goals