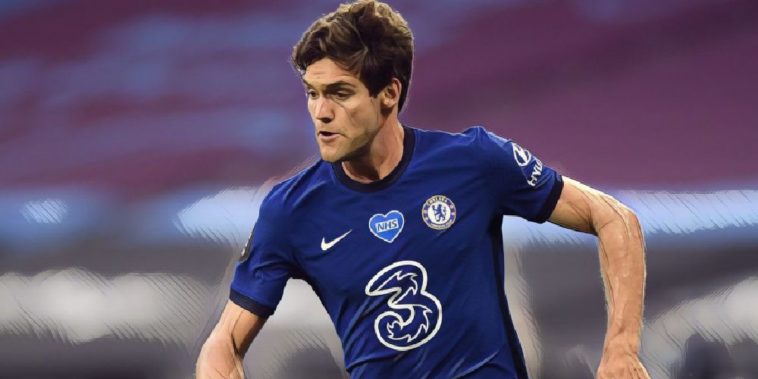 Marcos Alonso has played down the significance of a training ground ‘bust-up’ between Antonio Rudiger and Chelsea teammate Kepa Arrizabalaga.

Rudiger was reportedly sent home from Chelsea training on Sunday after a clash with goalkeeper Kepa, the defender’s late challenge on the Spaniard causing a heated exchange and confrontation.

Rudiger is understood to have since apologised to Kepa regarding the clash and teammate Alonso has played down the significance of the incident, insisting the so-called ‘bust-up’ shows the ‘hunger’ within the Chelsea squad.

“These are things that happen,” He told beIN SPORTS.

“It shows the level of competition that is in the team, the hunger we show even on the training ground and it is good for the team.”

Alonso revealed that the clash was settled soon after tempers flared at the club’s Cobham training ground and says Chelsea will look to take the ‘positive’ from the incident as they look to bounce back ahead of tomorrow’s Champions League quarter-final with Porto.

“Even before training finished it was all good. Nothing new, it has always happened.

“It will happen again. We have to take the positive and move on and get ready for the next game.”

Chelsea travel to face Porto in the first leg of their last eight meeting on Wednesday evening, before a trip to face Crystal Palace in the Premier League this weekend.