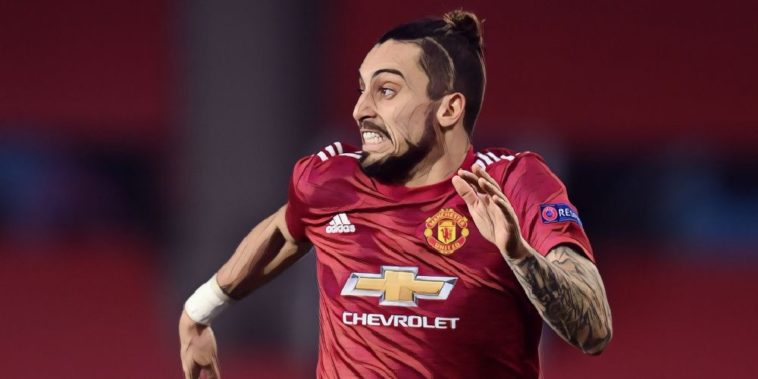 Manchester United left-back Alex Telles insists he is ‘really happy’ for in-form Luke Shaw, despite it limiting his own game time at the club.

There was plenty of excitement among Manchester United fans last summer after the club landed a left-back who had scored 26 goals and provided 57 assists in 195 appearances for Porto.

Since moving to Old Trafford though, the Brazilian has been restricted to just six starts in the Premier League, mainly down to the hugely impressive resurgence of Shaw who is likely to be one of the candidates for the clubs player of the season award and has recently been recalled to the England squad.

Despite Shaw’s form limiting his own game time since moving to England, Telles seems content with his reduced involvement, saying he has ‘done everything’ to prove his ability.

“I’ve always said that, when you’ve got players of the highest quality in the team, then the thing that ends up benefiting is Manchester United; the team,” Telles told the club’s official site.

“Since I’ve arrived here, I’ve worked as hard as I can and I’ve done everything I can to show that I deserve to be here, and I think I’ve done that.

“At the same time, I’m really happy for Luke Shaw, who has made great progress and has been playing really well. He trains really well and he’s done excellently in the matches as well.”

The 28-year-old suggested that both of United’s left-backs are pushing each other on as they strive to be the club’s first choice in the position.

“When you’ve got a situation like that, then the team can only benefit from it,” Telles insisted. “And it’s Man United that wins from that [situation].

“In terms of the two of us, we both motivate each other and push each other further forward and we help each other. That’s really, really important throughout the team, independent of the positions we play.”