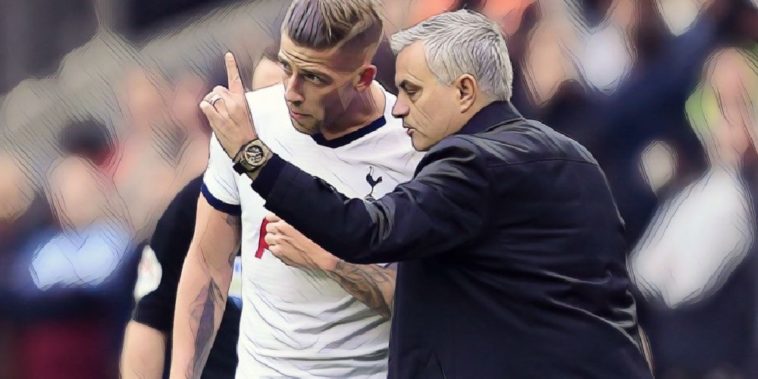 Tottenham Hotspur defender Toby Alderweireld has hailed manager Jose Mourinho after guiding Spurs to an impressive start to the new season, with the Belgian international claiming that his side now play in a more ‘adult way’.

The North London club finished sixth last season after a disappointing campaign that saw Mourinho replace former boss Mauricio Pochettino in the dugout, yet with just over year at the helm for the former Chelsea manager, things have begun to change at the Tottenham Hotspur stadium.

Despite a positive period under Pochettino that saw his side praised for their excellent attacking football, it was always held against them they weren’t able to secure any silverware, while there were also suggestions that the side were susceptible to slipping up when it mattered and didn’t have the desired edge and winning mentality to properly challenge for the Premier League title.

Under Mourinho, however, that all looks to have changed, with Spurs now an incredibly difficult side to break down and seemingly no longer a soft touch, with their impressive form this season seeing them emerge as the most likely challengers to reigning champions, Liverpool.

According to defender Alderweireld, Mourinho deserves more credit for what he’s done not just as Spurs, but also in his career overall, with the former Southampton defender stating that he has been impressed by his manager’s obsession with winning and getting results.

“Jose is exactly what I thought he would be,” Alderweireld told The Mirror.

“We play in a very adult way, I would say. He doesn’t even get the recognition he deserves.

“I know he’s a very, very good manager — he’s one of the best, maybe the best, at getting results. That’s the most difficult thing in football, getting a result. You can play well but everybody wants to win.

“He has shown everywhere, in every competition, that he can and he did. You have to have a lot of respect for him.