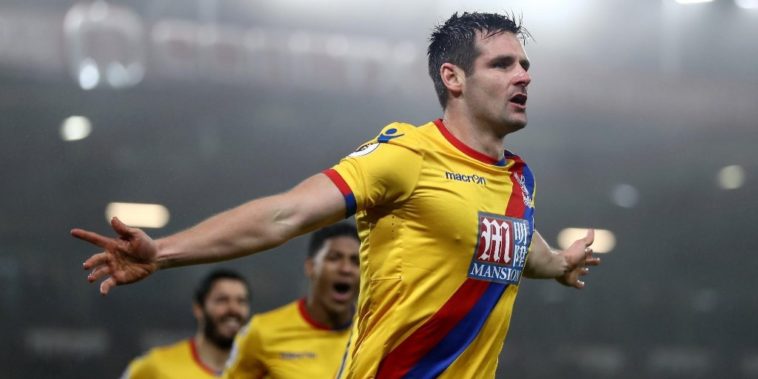 Sam Allardyce finally earned his first win in the Premier League as Crystal Palace manager, with a 2-0 victory away to Bournemouth.

Second half goals from Scott Dann and Christian Benteke secured the points in a hard fought victory at the Vitality Stadium.

The best chance of a goalless first half fell to Wilfried Zaha. His fierce strike hit the post on his return from the African Cup of Nations.

In in the second half, Scott Dann opened the scoring. He latched onto Damien Delaney’s flick to put the ball past Artur Boruc in the Bournemouth net. 1-0 Palace!

After the opening goal, Bournemouth were advancing, looking for the equaliser. Jack Wilshere had a free kick come back off the post only to land in the hand of Palace keeper Wayne Hennessey. Attempts from Josh King and Junior Stanislas continued to test the Palace defence.

Allardyce then brought on Andros Townsend, who before kick off was strongly linked with a move to Newcastle United. Townsend intercepted a pass from Bournemouth’s Simon Francis, who managed to stand the ball up for an unmarked Benteke infront of goal to head in and settle the game in Palace’s favour.

The result was Palace’s first away clean sheet in the Premier League since Boxing Day in 2015, also against Bournemouth. However, due to other results it means that Palace remain in the bottom three, despite picking up their first victory since early December.

It also mean that Eddie Howe’s Bournemouth get dragged further into a potential relegation battle with only one win in seven game.

Man of the Match: Wilf Zaha.