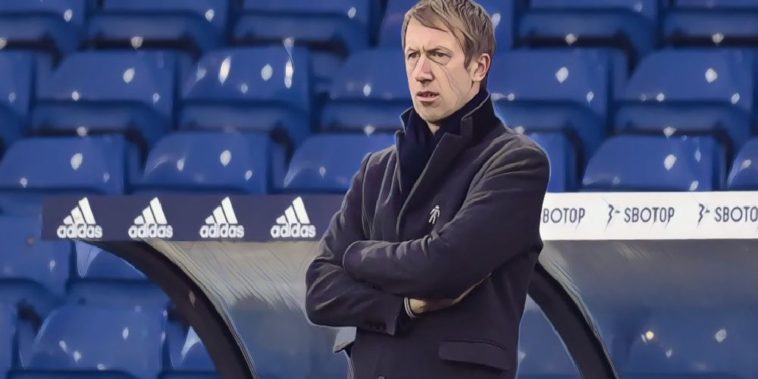 Brighton have insisted that there is ‘absolutely no way’ that Graham Potter would be allowed to take the vacant managerial position at Tottenham.

A whole host of names have been linked with the Spurs job since Jose Mourinho’s departure two and a half weeks ago, as the club look to get back on the right track following a disappointing few seasons.

Mauricio Pochettino had transformed the north London club from European hopefuls into Champions League regulars, guiding the club to its first European Cup final in 2019.

A disappointing start to the 2019/20 season saw the Argentine sacked and replaced by Jose Mourinho, and despite some spells of promise during his reign, the Portuguese was dismissed last month with the club sitting seventh in the Premier League and looking likely to miss out on Champions League football for a second successive season.

Julian Nagelsmann was believed to be the club’s primary candidate to take the job, though he has since opted to join Bayern Munich in the summer, while Leicester boss Brendan Rodgers has also ruled himself out of contention.

It has been reported that the club are looking to try get back on the path set by Pochettino, the Argentine having played a positive brand of football while also aiding the development of a number of young players, with Brighton’s Graham Potter said to be one of the names in the frame.

However, with the 45-year-old contracted to the South Coast club until 2025, Seagulls chief executive Paul Barber has nailed his colours to the mast over the future of the Brighton boss.

“We have no desire whatsoever to lose Graham. Graham is very happy here,” Barber told The Argus.

“As far as we are concerned there is absolutely no way we would allow Graham to leave at this time.”