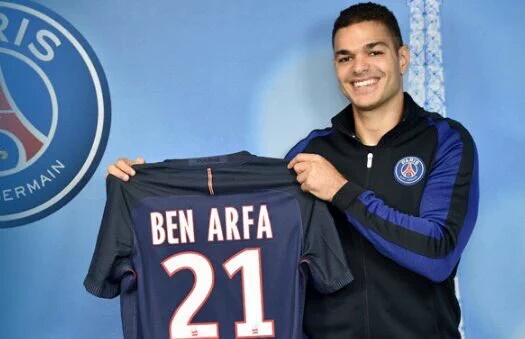 Leicester City have been linked with making a move for formee Newcastle playmaker Hatem Ben Arfa. Here is a look at mercurial talent.

The French expression of l’enfant terrible describes a successful genius who tends to be offensive and rebellious. Many in the French would use this expression to describe the attacking talent of Hatem Ben Arfa.

It was reported earlier in the week that Claude Puel was thinking of trying to reunite himself with maverick PSG winger Hatem Ben Arfa. Following a magical year with Nice under Claude Puel in 2015/2016 he was heavily linked with giants Barcelona before he chose to go to Paris Saint-Germain. Ben Arfa has only made 23 appearances for the Paris giants in over a year and has been unable to compete with the likes of Draxler, Pastore and Di Maria for a starting berth.

When Ben Arfa started his career at Lyon many predicted he would become a great, and is one of a number of French stars, including Samir Nasir, who have been dubbed as “the new Zidane”. However, with just 15 international caps for someone who was expected to be a star, especially when you consider that similar talents Valbuena and Gourcuff have earned many more apperances for the national side, it is clear that he has not fulfilled his potential.

Ben Arfa did go to Euro 2012 following a stellar season with Newcastle. However, following a defeat to Sweden, he went to argue with Laurent Blanc and led to midfielder being forced to publicly apologise to the World Cup Winner. Similar issues have occurred at club level with PSG with manager Unai Emery frustrated with Ben Arfa’s attitude in training. Emery is not alone in confrontations with the talented winger as Didier Deschamps, Alan Pardew and Steve Bruce can attest

At Newcastle, Ben Arfa was magical at times you only have to look on Youtube at his Messi-esque goals against Bolton and Blackburn to see that. Linking up with Demba Ba and Yohan Cabaye his ability to go past defenders and score solo goals gained the admiration of the faithful Geordie fans. When those two players left, Newcastle unravelled and Ben Arfa’s form also declined as so did his relationship with much maligned Alan Pardew. Pardew seemed to prefer the wasteful Gabriel Obertan to Ben Arfa which to many fans made no sense.

Alan Pardew seemed to make Ben Arfa a scape goat for games where Newcastle lost, blaming the winger’s lack of effort and tracking back. Fans were keen to see Ben Arfa in the team but Alan Pardew had made his mind up that he was fed up with Frenchman’s argumentative and lax attitude. His abysmal loan spell at Hull where Steve Bruce ran out of patience with him and questioned his desire did vindicate Pardew’s opinion. Ben Arfa will be hoping to complete some unfinished business in the Premier League and potentially push for a recall to the national side.

Would he fit in at Leicester?

If Leicester do decide to go for him it will be interesting to see if Puel is able to fit Ben Arfa and Mahrez into the same system. Both are not the best at tracking back and both tend to occupy the same positions.

Another problem for the newly appointed Foxes manager is that Demarai Gray is in great form and the arrival of Ben Arfa may stifle the former Birmingham winger.

Puel though knows how to get the best out of Ben Arfa and if he can get him firing again Leicester may be able to push for a top ten place. At Leicester he possibly could play in the number 10 role and be the playmaker which tends to maximise his talents. However, many feel Ben Arfa is a ticking timebomb in terms of disciplinary issues and so it is definitely a gamble for the Foxes.