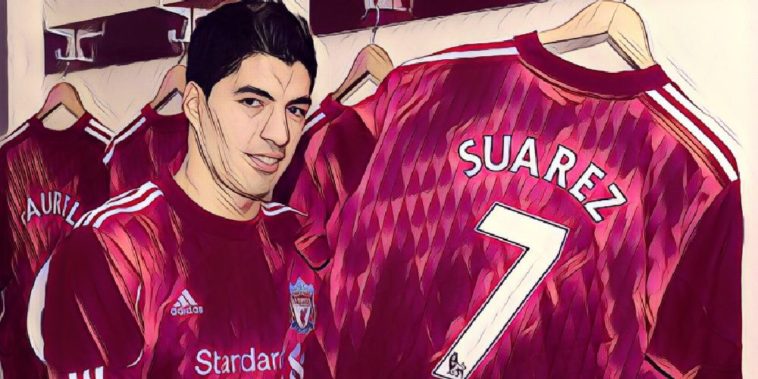 Liverpool centre-back Virgil Van Dijk is being called one of the best January signings in Premier League history since the winter transfer window was introduced in 2002/03, with the Dutch international enjoying a successful 12 months at Anfield since his move from Southampton.

With that in mind we’ve drawn up a list of seven of the best mid-season arrivals in the history of the Premier League.

Nemanja Vidic proved to be a snip for £7m back in January 2006, with the Manchester United defender going on to make 300 appearances in all competitions between 2006-2014, winning five Premier League titles, three League Cups and one Champions League crown.

Evra was another bargain buy for United in the same transfer window and went on to become one of the best left-backs in the division. The French international made 379 appearances for the Red Devils in eight years and won nine major trophies before moving to Juventus.

He was named in the PFA Team of the Year on three occasions and was called the best left-back in the world by Sir Alex Ferguson in 2010. For £5.5m, United pulled off a masterstroke in signing the defender and haven’t found anyone better since his departure.

Branislav Ivanovic (Lokomotiv Moscow to Chelsea for £9m) in 2007/08

Chelsea paid around £9m to sign Ivanovic in 2008 and were vindicated in their decision as he went on to become one of the best top flight right-backs, despite being originally signed as a central defender.

The Serbian international made 377 appearances in all competitions for Chelsea, winning three Premier League titles, three FA Cups, one League Cup, one Champions League trophy and one Europa League crown in his nine years at Stamford Bridge.

Coleman is a bargain of the century signing and definitely deserves recognition for his success at Everton given where he started. The Republic of Ireland international was an unknown upon his arrival from Sligo Rovers but become one of the best right-backs in the Premier League and is still a regular at Goodison Park.

Coleman has made 274 appearances in all competitions for Everton and is still regarded among the better fullbacks in the division at the age 30. For £150k, the Toffees pulled off an absolute steal and are still reaping the rewards nine years on.

Suarez joined in the same transfer window as Andy Carroll in 2011 but enjoyed a much more successful stint at Anfield than the England international, scoring 82 goals in 133 games, before joining Barcelona for more than three times what Liverpool paid for his signature.

The Uruguayan international became one of the best forwards in Europe during his three years in the Premier League and is regarded as one of the best players to have ever played for Liverpool. Fans hold him in as high a regard as Robbie Fowler, Ian Rush and Kenny Dalglish.

Liverpool made a 300% profit on Suarez but made even more on Philippe Coutinho. The Brazilian midfielder joined for £8.5m in 2013 and was sold for £142m five years later. He made 201 appearances in all competitions for the Reds, scoring 55 goals and making 46 assists.

Coutinho had just one cap for his national team upon his arrival and now has 43 to his name plus 13 goals. He was regarded one of the best players in the Premier League prior to his Anfield exit and will go down as one of the best Reds signings ever. Liverpool turned his career around after he struggled at Inter Milan after moving to Italy as a teenager.

It’s hard to describe just how well Dele Alli has done at Tottenham after joining from MK Dons just three years ago, and he is clearly one of the best January signings ever made in the Premier League. He’s rated among the best midfielders in the division and still has many more years ahead of him.

Alli was a hot prospect at MK Dons prior to the £5m move to Spurs, but the pressure and step-up in quality didn’t faze him. He’s developed as a player and has taken his game to new levels every season he’s been at Tottenham.

The midfielder has now made 165 appearances in all competitions, scoring 52 goals and making 40 assists at the age of just 22. He also has 33 caps for the England national team.