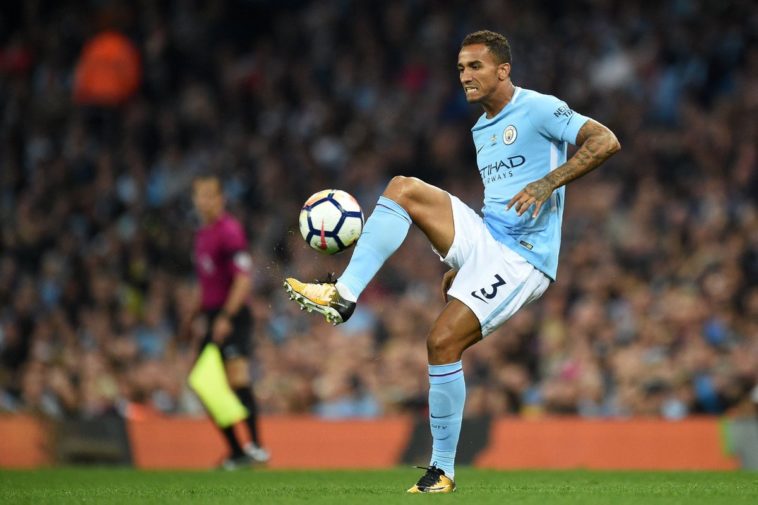 In a whirlwind of new-season excitement, one new signing has flown somewhat under the radar at the Etihad. Yet Real Madrid reject Danilo hasn’t come all the way to Manchester to be anyone’s backup.

In the summer of 2017, Manchester City moved out four fullbacks. Four. That’s more than Tony Pulis has worked with in his whole career. And yet nobody from the blue half of Manchester seemed particularly disappointed. With an average age quite the wrong side of thirty, Gael Clichy, Pablo Zabaleta, Bacary Sagna and Aleksandar Kolarov all departed to the far-off corners of Europe, with City only recouping a fee for the latter- a bargain £5.8m from Roma. Even winger-turned-rightback Jesus Navas was released in order to rejoin boyhood club Sevilla. Barely a whisper was heard that suggested that City had been wrong to let the quintet go.

Guardiola moved quickly to secure the signatures of Kyle Walker and Benjamin Mendy for the best part of £100m between them, but nobody was about to pretend that two could play as many games as four did the previous season. City seemed to agree, and by mid-July it was common knowledge that Dani Alves was going to join. Every source reported that personal terms had been decided on- Juventus had even grudgingly agreed to release the ex-Barcelona man halfway through his contract, and all he needed to do was sign on the dotted line.

Eventually he did – but not for City. Out of nowhere Alves had landed in Paris and within twelve hours pictures surfaced of him holding up a PSG shirt. The official announcement was met with fury from those connected with Manchester City, none more so than Pep Guardiola, who reportedly had Alves’ word that he would rejoin his former boss in England.

Not to be deterred, City went straight after the next best Brazilian right-back called Dani they could find. And they got him. Danilo Luiz da Silva, better known simply as Danilo, joined from Real Madrid on a five-year contract for £26.5m, a price that all of a sudden looks a bargain. He was coming off the back of a torrid spell with the European champions; in fact, countless messages appeared online from Real Madrid fans who were glad to be rid of him (and, occasionally, rival fans who were sorry to see him go). News of his signing was responded to with what can only be described as a collective ‘meh’ from almost all Premier League fans, but Danilo certainly doesn’t plan to warm the bench for five years, and has already started proving it.

From the offset, Danilo was touted as a versatile, hard-working defender with plenty to prove, and to say he’s lived up to that billing would be an understatement. After three impressive pre-season displays against West Ham, Tottenham and Real themselves, the 26-year-old has started three times for City, making one appearance from the bench. In that time he’s already played as a right-back, left-back, wing-back on either side, centre-back in a three and even a defensive midfielder briefly in the 5-0 thrashing of Liverpool. He’s also created two crucial late goals for Raheem Sterling against Everton and Bournemouth, generating three points City looked likely to drop.

Even so, the biggest challenge facing Danilo looks likely to be competition. In his natural right-back position, he’d do very well to usurp the experienced Kyle Walker, who’s started brilliantly at his new club. On the other side the aforementioned Mendy looks certain to be first-choice going forward after some electric (if defensively suspect) displays in recent weeks. This is where versatility is Danilo’s secret weapon. He can cover in pretty much any defensive position Pep needs him to with minimum fuss. Walker suspended? Play Danilo. Mendy missing? Play Danilo. Kompany injured? Play Danilo. Fernandinho out? Play Danilo. Ederson unavailable? Play Bravo, actually. It’s probably for the best. But if he’s also absent, I’m sure Danilo would be the first to pull on the spare gloves and jump between the sticks.

Another thing the ex-Porto man has going for him is impressive stamina. Like compatriot Fernandinho, City’s new fullback has one hell of an engine on him. With a workhorse-like attitude and a drive to help attack, Danilo brings to mind memories of Pablo Zabaleta and Micah Richards of years gone by. Another quality he shares with these players is his love of playing football and ability to enjoy it like only a few still do. He can run all game if you need him to, and more importantly, he’ll do it with a smile on his face.

So, while Danilo Luiz da Silva may not be the flashiest or most expensive of signings from City, he certainly looks an intelligent buy so far with initial displays ranging from the solid and no-nonsense to the energetic, creative and vitally determined. His versatility, stamina and attitude make him the perfect utility player for Pep Guardiola, and he comes with years of experience in some of the toughest competitions in the world. Although he now faces a relentless fight to force his way into the starting line-up, the early signs are promising that Danilo is here to stay- and prove millions of doubters wrong all the while.

[…] also included a link to one of my favourite written pieces- a tribute to Brazilian Danilo I wrote over a year ago. I hope it showcases my writing style […]