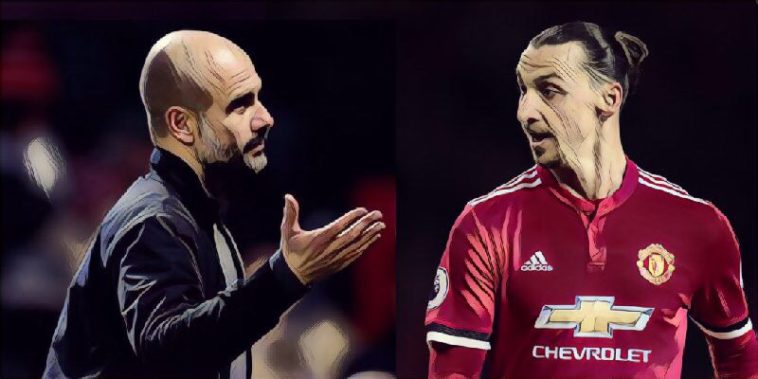 Zlatan Ibrahimovic has branded Manchester City manager Pep Guardiola as immature as the fallout from the Manchester derby continues to rumble on.

The legendary Swede came on for the final few minutes of Sunday’s top of the table clash, but was unable to make an effect on the game with City opening up an 11 point gap on United, their nearest rivals.

Ibrahimovic has never made a secret of his dislike for the City manager, and has now gone into detail regarding the reasons for their troubled relationship.

The pair worked together briefly at Barcelona, before Ibrahimovic was forced out of the Nou Camp by Guardiola, who was introducing the legend that is Lionel Messi to the side at the time.

“After that, we changed system and tactics, and it wasn’t good for me, so the club told me to talk to Guardiola.

“And I told Guardiola that he’d sacrificed the other players for Messi. He told me he understood me.

“And I thought, ‘he’s solved the problem very well I see!’ After that, he didn’t talk to me or even look at me.

“I’d walk into a room and he’d walk out. I’d go to meet him and he’d go somewhere else. I understood that there was something beyond football.

“But the problem was his, it was he who hadn’t solved the problem with me. I remember on my first day, he told me that the Barcelona players didn’t turn up to training in Ferraris or Porsches.

“He’d already judged me then, but if you don’t know a person then you can’t judge them. I had my experience with him, I don’t know about others.

“But I read the same thing had happened to [Mario] Mandzukic and [Samuel] Eto’o.

“He wasn’t the worst coach I’d worked under, but he was certainly the most immature because a man solves his problems.”