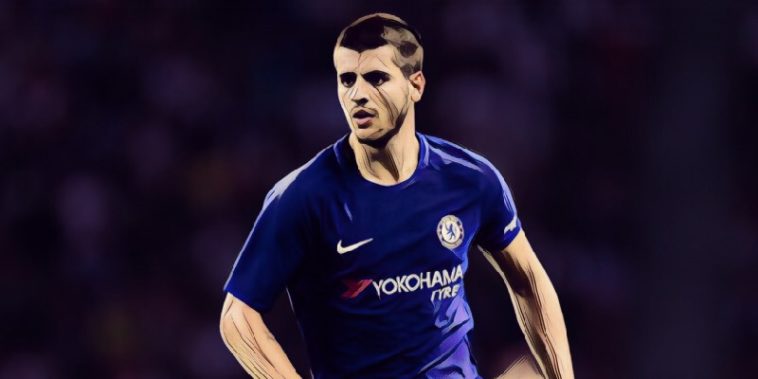 Real Madrid manager Zinedine Zidane has revealed that he thinks Chelsea striker Alvaro Morata was wrong to leave the Bernabeu last summer, just because he did not start all of his former sides big games last season.

The Spanish striker left Los Blancos for the second time in his career in July, when he joined Chelsea in a £70 million deal.

However, Real coach Zidane has admitted he wishes Morata had of thought differently about his role in the team that won La Liga and the Champions League last season.

“They might think some games are more important than others, but they would be wrong to think that way,” said Zidane.

“There are no insignificant games; there are situations in which you have to play within a team, a system which is different.

“All of the players want to play against PSG – more than in one of our matches against La Liga sides who might be below us in the table.

“That might seem obvious, but if we start thinking that way, we’d be making a mistake.

“What matters is that a player feels important within the team. ‘If you play 20, 30 or 40 games, then you have participated in winning the league, which is what Morata did last season.

“He needs to think about it differently, and look at it like he played a part in, and contributed to, the successes of the team.” Zidane said.

Morata started this season on fire for Chelsea netting seven goals in his first eight appearances. However, he has struggled badly for form and fitness since.

Despite amassing a serious haul of trophies during his two spells with Real and Juventus, this is the first season the 24-year-old has been a club’s first-choice striker.

Interestingly, he has already played more minutes for Chelsea this season than he ever managed at any of his previous clubs, which may go some way to explaining why he has struggled so badly as of late.