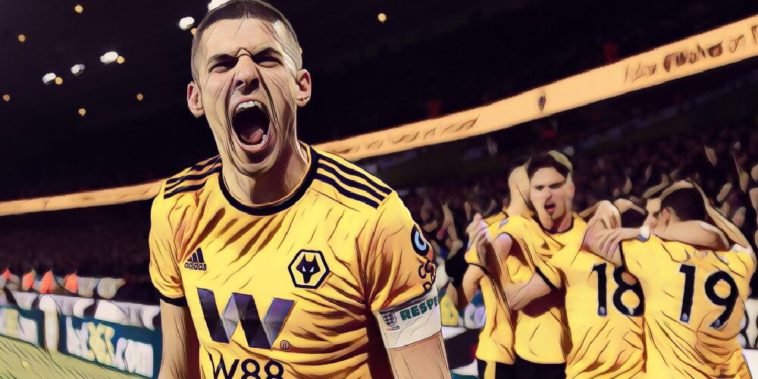 Wolverhampton Wanderers captain Connor Coady said that he and his teammates are already eyeing a place in the FA Cup final after knocking Manchester United out of the cup.

Manchester United went into this evening’s tie at Molineux with one eye on their third FA Cup semi-final in four years, but were dumped out of the cup thanks to goals from Wolves strike duo Raul Jimenez and Diogo Jota, before Marcus Rashford’s late consolation.

Speaking after the game, Wolves captain Connor Coady, who came through Liverpool‘s academy, thought that the Black Country club has come ‘a long way’ in the last few seasons.

“We have some phenomenal players going forward. This takes us forward, two years ago we were in a bad place and these people are going to follow us and I can’t tell you how proud I am of everyone,” Coady told the BBC.

“It is a deserved result we were outstanding. From start to finish we nullified them they are an unbelievable club with talented players, we said before in the changing rooms we have the chance to make history and we now have the chance to go through again.

“It is where we all want to be, in two years the club has gone a long way, we are all pulling in one direction, it is an amazing night for everyone.”