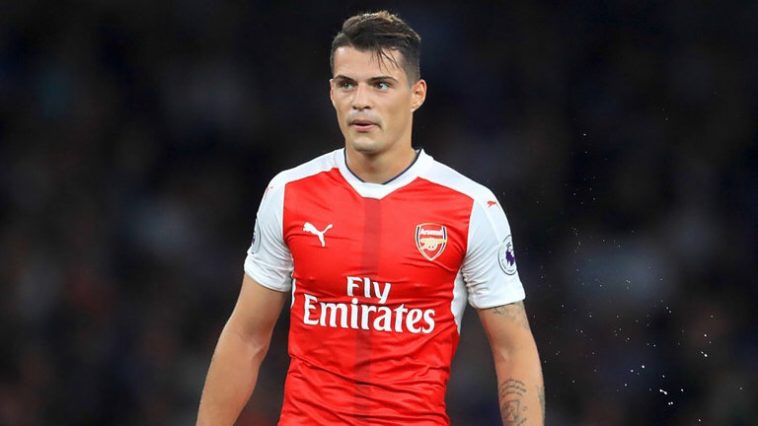 His first season at the club has been one of varying success. The main issue is that his poor disciplinary record has shown no signs of improving since his move to England. Xhaka has been shown two red cards this season, both by referee Jon Moss. The first was in the game against Swansea in October and the most recent one was against Burnley last weekend.

Xhaka does not seem to have learnt from his mistake at Swansea as he made a very similar one against Burnley.

Both of Xhaka’s tackles were needless, reckless and dangerous. He has to learn when to make such tackles and most importantly how to make them cleanly.

Xhaka has already served a three-game suspension. His second red card of the season means he will be suspended for four more games. In those seven games, he could have been the difference between Arsenal winning or losing.

In Arsene Wenger’s pre-match press conference before the FA Cup trip to Southampton, he said:

I would rather encourage him not to tackle, to stay on his feet and that’s the best way to deal with it. Tackling is a technique that you learn at a young age. You can improve it but when you are face to face with somebody, it’s better you stay up.

However, it’s not that simple with Granit Xhaka. For some reason his first thought is to fly into the tackle. Wenger needs to help him to change that element of his game.

When he joined the club, Wenger said: “he is a player who will add quality to our squad.” There is no doubt that Xhaka has quality. His long-range goals against Hull and Nottingham Forest were spectacular and he is blessed with physical, defensive and creative qualities.

He needs to learn, quickly

Xhaka’s impressive range of passing is another admirable aspect of his game. He is certainly a talented player, and at just 24 it could be argued that he has not yet fulfilled his potential.

Granit Xhaka is a natural leader, however,  with leadership comes responsibility. He may be viewed by some as “walking red card”, but he can work on his discipline. He is young enough to adapt his game.

If Xhaka practises one-v-one situations with his team-mates in training, this should help him during matches. The Swiss international could become a legend at Arsenal football club, but his discipline must improve first.

He should learn all the lessons that he can from his debut season in English football and be even better next term. Xhaka is going through a rough patch at Arsenal at the moment, but he has the character to overcome it. Arsene Wenger has faith in him and that’s the main thing.

Do you agree? Can Xhaka become a hit in the Premier League, or is he a red card waiting to happen? Leave a comment and share on social media to help our blog to grow.