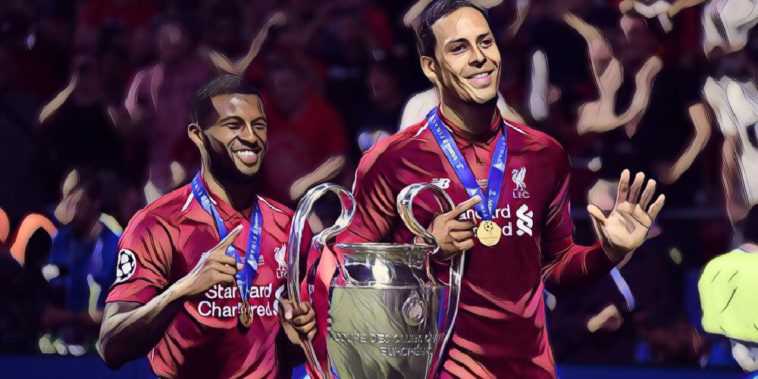 Georginio Wijnaldum and Virgil van Dijk received a hero’s welcome after meeting up with the Dutch national side following Liverpool’s victory in the Champions League final.

The duo met up with Ronald Koeman’s side ahead of their Nations League semi-final against England on Thursday, having helped Liverpool to a sixth European Cup with a 2-0 victory over Tottenham on Saturday.

The pair’s success was the latest positive in a resurgence for Dutch football, the Netherlands having endured some dark times in recent years having failed to qualify for the past two major tournaments since a third-place finish at the 2014 World Cup.

Having fallen on tough times it seems a traditional powerhouse of European football is on the rise once more, with the surprise run of a young Ajax team to the Champions League semi-finals increasing optimism in the low lying country.

Now let’s get ready for the next UEFA Nations League match with the Dutch team 👉🏾🦁👈🏾 pic.twitter.com/eAnlF637fM

Two of the brightest stars from that side, Frenkie de Jong and Matthijs de Ligt, are amongst the most promising young talents in world football with the former having agreed to join Barcelona in a £75m deal this summer and the latter expected to follow his teammate to the Camp Nou.

Koeman’s side topped a Nations League group including arch-rivals Germany and World Cup winners France to reach the semi-finals in Portugal, where they face an England side similarly optimistic about their future prospects.

PFA Player of the Year Van Dijk will captain the side, as the Dutch seek their first piece of silverware since European Championship success in 1988.