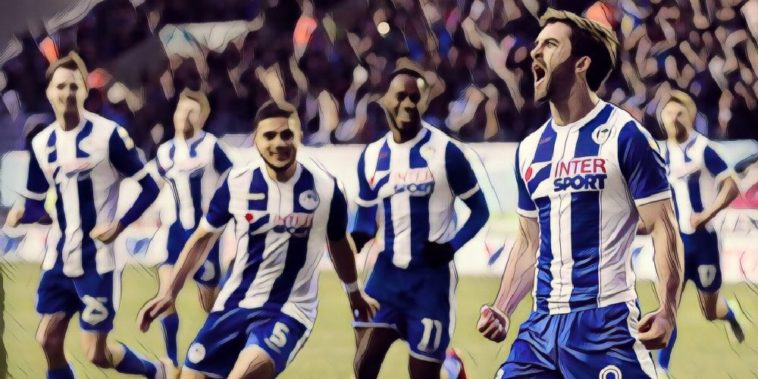 A disappointing West Ham side crashed out of the FA Cup, beaten by League One leaders Wigan Athletic.

West Ham’s decision to play a second-string eleven against League 1 leaders Wigan Athletic went horribly wrong. Too many of the Hammers team were not up for the fight and lacked they skill and determination to win this tricky fixture.

Wigan played their best eleven and they proved to be too strong for West Ham’s reserves. The only complaint the Hammers fans have is that the team have failed to take the FA Cup seriously, as it is their only chance of winning anything.

Premier League survival is key to West Ham and they have a long injury list, but they could have put out a stronger side and given Wigan a game.

Arthur Masuaku’s stupid and disgusting spit at an opponent was outrageous and should be severely punished.

The Frenchmen has become something of a cult hero with West Ham fans and he even has his own song. However, a lengthy ban will now follow and he has most certainly tarnished his reputation, not just with the spectators, but also with his employers.

I would not be surprised if he didn’t play again for West Ham and was swiftly moved on during the summer.

Wigan are on their way back

It has been a difficult few seasons for Wigan Athletic since they were relegated from the Premier League in 2013. But judging by yesterday’s performance the Latics are on their back and should get promotion back to the Championship this season.

Their recent form is impressive as they have taken League One by storm. They have lost just three league games all season and were unbeaten in 14 matches in all competitions dating back to mid-November prior to kick-off.

Only 13 goals have been conceded in 27 League One matches this season, while scoring 53. Those statistics are very impressive and go long way to explaining the result against West Ham.

Joe Hart’s chances of being England’s goalkeeper at this year’s World Cup took a hit as his club was knocked out of the FA Cup.

Adrian has reclaimed his position at the Hammers first choice keeper, and Hart’s only games have come in the cup competitions. It is now possible that he may not get a single first team game before the end of the season, unless Adrian suffers an injury.

With no first team football, Hart’s World Cup chances are a major doubt and it now remains to be seen if England manager Gareth Southgate has another keeper in mind. Judging by recent form, none of the other England goalkeeping candidates have been pulling up trees lately, which could be good news for Hart.

Too many Premier League sides are disrespecting the cup competitions

West Ham are not the only Premier League side to field a weakened side in the FA Cup this season, but yesterday’s team sheet was a disappointment to say the least.

West Ham has a proud history in the FA Cup, having won the competition three wins and been runners up twice. It is, along with the Carabao (League) Cup, the only realistic chance the Hammers have of winning anything and yesterday’s decision to play a reserve side was disrespectful, not just to the fans but also to the historic trophy.