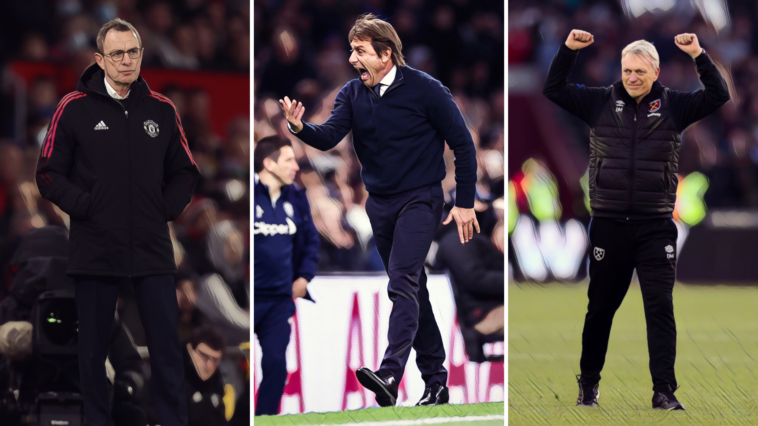 The race to finish in the Premier League’s top four is amongst the most exciting aspects of any season, with a whole host of sides once again in pursuit of Champions League qualification.

Manchester City, Chelsea and Liverpool all look set to finish in the top four after pulling clear of the chasing pack, but the battle to join the table-topping trio could go down to the wire.

Those of you who like to gamble should check out the top 10 UK casinos, and with that in mind let’s take a look at who the Bookmakers are backing to obtain that coveted final spot in the top four.

Late-season slumps have cost Leicester Champions League qualification on the final day of each of the past two campaigns, with Brendan Rodgers’ side having spent an incredible 587 days in the top four during that period without securing their place amongst Europe’s elite.

The Foxes had been backed to challenge the established elite again this season, but have endured a challenging campaign amid a whole host of injuries to key personnel.

Leicester are tenth in the Premier League at present, whilst their inconsistent form also led to an early exit from the Europa League’s group stages.

Rodgers’ options are limited at present and have been further hindered by the Africa Cup of Nations, losing Daniel Amartey (Ghana), Nampalys Mendy (Senegal), Wilfred Ndidi and Kelechi Iheanacho (both Nigeria) to international duty.

Iheanacho’s absence is a particular blow given injuries to Jamie Vardy and Patson Daka, leaving Leicester without a recognised centre-forward at present. Their options are further depleted at centre-back and next week’s clash with Tottenham shapes as a huge encounter.

Leicester’s chances of a top-four finish already look remote and the Foxes can ill-afford to concede further ground to their rivals.

Back-to-back wins have strengthened West Ham’s challenge to gate-crash the top four, with the Hammers fifth and point behind Arsenal at present.

David Moyes’ side continue to punch above their weight after last season’s sixth-place finish and look well positioned for a sustained run at Champions League qualification.

West Ham are expected to enter the market this month to reinforce their challenge, with the signing of a centre-forward and centre-back on the club’s agenda.

Michail Antonio has shouldered the burden in attack for much of the season and finding a player to alleviate the goalscoring pressure from the Jamaica international could prove pivotal.

Injuries to Kurt Zouma and Angelo Ogbonna have also heightened the need for defensive additions, whilst reports continue to link Jesse Lingard with a return to the London Stadium after his loan last season.

Lingard’s arrival last season saw the midfielder star as West Ham secured European football and a similarly successful signing could make the difference for a well-drilled side.

Touted as title challengers by some before a ball had been kicked, Manchester United instead find themselves in a top-four battle with the Red Devils having struggled for consistency this season.

The departure of Ole Gunnar Solskjaer and arrival of Ralf Rangnick has failed to have the desired impact so far, with United seventh – four points behind Arsenal with a game in hand – and in the midst of a congested chasing pack.

All does not appear well with the Red Devils at present, amid rumours of dressing room unrest and a lack of cohesion both on and off the pitch.

United boast the most talented squad of any side on this list, but with a number of senior stars woefully out of form it remains to be seen whether Rangnick can spark the revival required to claim Champions League football.

Arsenal are fourth at present and hoping to secure Champions League football for the first time since the the 2016/17 season.

Mikel Arteta’s side have shown encouraging signs in recent weeks with four wins from their past five, but their inexperience could prove costly as we approach the Premier League’s run-in.

Last weekend’s defeat in the FA Cup to Nottingham Forest was a reminder of their current status, a team boasting plenty of potential but one lacking in leadership at present.

“I can tell you that situation hasn't changed. That is one of our biggest powers. Nketiah? He will stay here”.

The North Londoners are believed to be interested in signing a centre-forward this month, however, a scenario which could greatly improve their chances with Alexandre Lacazette having registered just three for the campaign so far.

Arsenal remain in transition and a top-four finish could accelerate their progress under Arteta, whose side face a huge North London derby clash with Tottenham this weekend.

Tottenham are the 7/4 favourites to secure a top-four finish this season, having made an unbeaten league start under Antonio Conte.

Conte’s arrival has swelled optimism surrounding the North Londoners with the Italian a proven winner, having secured league title successes at Juventus, Chelsea and Inter Milan.

The 52-year-old will hope to be backed in the transfer market this month as he looks to mould the squad in his own image, with reinforcements needed in several area as Conte clears out the deadwood in his squad.

Spurs are sixth at present, but just two points behind Arsenal in fourth and with two games in hand on their North London rivals. The two meet this weekend and a win for Conte’s side would make them even stronger favourites to seal a Champions League return.