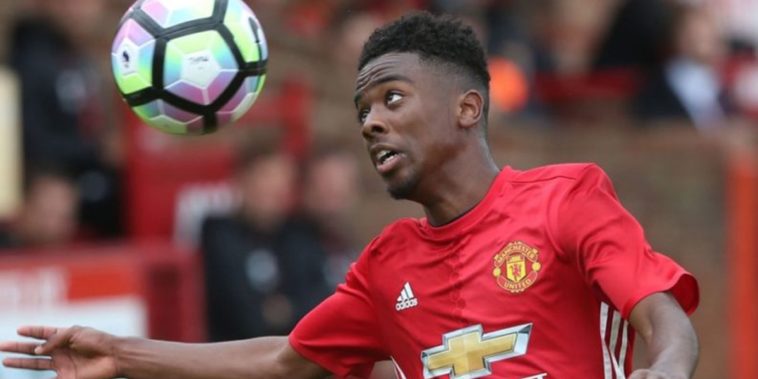 With a European final on the near horizon, Jose Mourinho has confirmed his plans to field a team of academy prospects in Manchester United’s final Premier League game.

United have played two games a week for almost two months now. Premier League, FA Cup, rearranged League fixtures and of course their Europa League campaign, the fixture list for Mourinho’s men has been a demanding one.

The fixture list has taken it toll on his squad. Marcos Rojo and Zlatan Ibrahimovic suffered long term knee injuries, whilst Ashley Young and Luke Shaw have also been ruled out for the rest of the season.

With just over 72 hours between the end of the Premier League season, and the Europa League final, Mourinho is trying to keep the first team fresh and is planning to promote a number of academy prospects for this weekends final fixture against Crystal Palace.

I will bring in Mitchell and McTominay, who were on the bench. Axel [Tuanzebe] of course.

Bailly and Willock will come too, Josh Harrop and Zachary will come.

I need to give structure of four or five if my boys to give stability to the kids.

Mourinho’s Men of the future?

He has already given a debut to Scott McTominay in the recent game against Arsenal, and the youngster is expected to feature against Palace on Sunday. The 20-year-old can operate in central midfield or in a more advanced role. He has shot up in height over the last year or so. Two years ago he was just 5ft 6, but now he is a towering 6ft 4.

Joel Pereira will make his Premier League debut on Sunday. He had a loan spell in Portugal for the first half of the season at Beleneses, and he has already made his first team debut in a League Cup game, replacing Sergio Romero for the last 10 minutes against Wigan. Kieran O’Hara is likely to be on the bench as Romero is rested ahead of the final.

Manchester born left-back Demitri Mitchell also looks set to make his first team debut on Sunday. With only Matteo Darmian and Daley Blind capable of playing at left back, and both likely to be involved in Stockholm on Wednesday, Mitchell may get his chance. He has been named on the substitutes bench for the last few games and is yet to make his senior debut.

Another potential debutant is Matty Willock. The 20-year-old was on the bench against West Brom in April but is yet to take to the field. The midfielder has trained with the first team a number of times after impressing for Nicky Butt’s U23 squad and could get his first team bow on Sunday. He is an attacking midfielder with an eye for goal.

21-year-old Josh Harrop is another looking to make his Man Utd debut. The Stockport born United fan impressed Mourinho on Monday, bagging a hat-trick in a man-of-the-match performance against Spurs U23. He is most comfortable as a central midfielder, but can also play as a number 10. He has scored eight goals in 21 U23 appearances.

Mourinho also mentioned giving a potential debut to 18-year-old Zachary Dearnley. Whilst Harrop was scoring his hat-trick, Dearnley put in a great 25 minute cameo against Spurs. The Yorkshireman has struggled with injuries this season, limiting his game time for Man Utd’s youth teams. However, despite his age, his performances have been so impressive that he has made the step up to United’s reserve side. Dearnley is a winger by trade and could be given a chance to impress at senior level.

And finally, Jose Mourinho could be about to hand a debut to one of Manchester United’s most exciting prospects. 16-year old Angel Gomes. Gomes, who is the cousin of former Man Utd winger Nani, has been impressing for United since the age of 13. Despite his tender years, he was awarded with Manchester United’s Young Player of the Year award on Thursday night after some dazzling performances in the youth teams. He has frequently played in teams above his age group, and could make his senior appearance on Sunday. He is a talented tricky attacking midfielder with an eye for goal and is set for a huge future for United, a future that could start as early as this weekend.