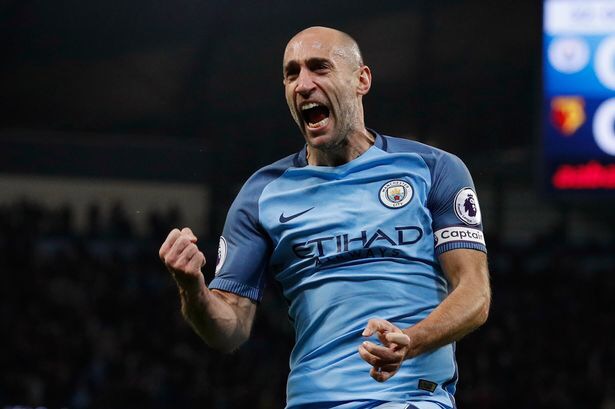 West Ham United are preparing to offer Manchester City right-back Pablo Zabaleta a big-money contract to move to the London Stadium this summer.

Argentinian international Zabaleta is out of contract at the Etihad Stadium this summer, and here have been no signs of any fresh talks between the player and the club, which has promoted the defender to start preparing for life away from the club.

West Ham are one of the club’s that are interested in signing the 32-year old, and they are prepared to offer him a £100,000-a-week deal to lure him to the capital.

Hammers boss Slaven Bilic was initially interested in Zabaleta’s fellow right-back at Manchester City, Bacardi Sagna, but has switched his attention to the Argentine.

Zabaleta has been at the club since 2008, and has been heavily involved in both of the clubs Premier League title successes, even scoring the opening goal in the famous 3-2 victory against QPR on the last day of the 2012 campaign

“I’m not getting any younger and we see new players coming in for the future.

You have to accept it, especially for this club which is so demanding in terms of trying to win trophies. I didn’t expect to be here so long.”

Manchester City have been heavily linked with making a move for Tottenham Hotspur right-back Kyle Walker.

Is Zabaleta the ideal player for West Ham? Is £100,000-a-week too much? Should Man City keep hold of the 32-year old? Leave us a comment with your thoughts