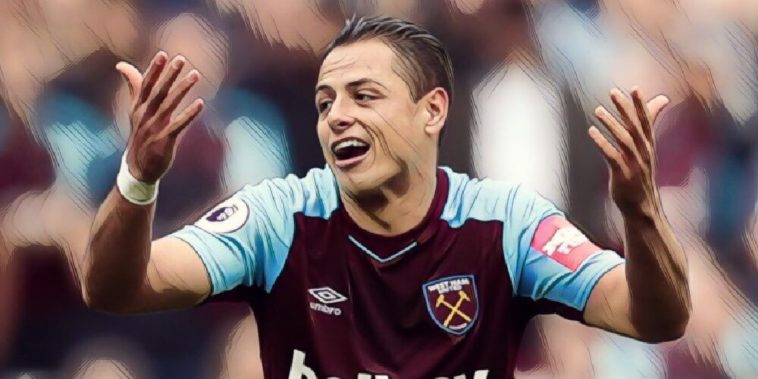 After months of wanting to sign a new striker, and countless names being linked, West Ham finally landed Javier Hernandez in the summer.

The Mexican moved to the London Stadium in a £16m transfer, after having scored an impressive 39 goals in just 76 appearances for Bayer Leverkusen. He had of course already spent six seasons in the a Premier League, making his name as a deadly goal scorer at Manchester United, before finally being sold by Louis van Gaal in 2015.

He was expected to lead the line for the Hammers this season, but has in fact been restricted to just 12 Premier League starts and has scored just five goals, including Saturday’s equaliser against Bournemouth.

It is not the first time of course that Hernandez has been pushed aside by David Moyes, with the current West Ham boss affording him just six starts during the 2013/14 season at Manchester United.

Now, after just six months at the club, it is claimed that he wants to leave. The striker’s brother, Eduardo Hernandez, has said:

“There are a number of clubs interested in his services. Our primary focus is a club in which Chicharito can play the most games possible.

“Javier has asked personally for it. He’s demanded that we look for a club that really needs a player with his characteristics.

Manchester United and Besiktas have been linked, although the Red Devils’ signing of Alexis Sanchez is likely to put pay to any interest from his former club.