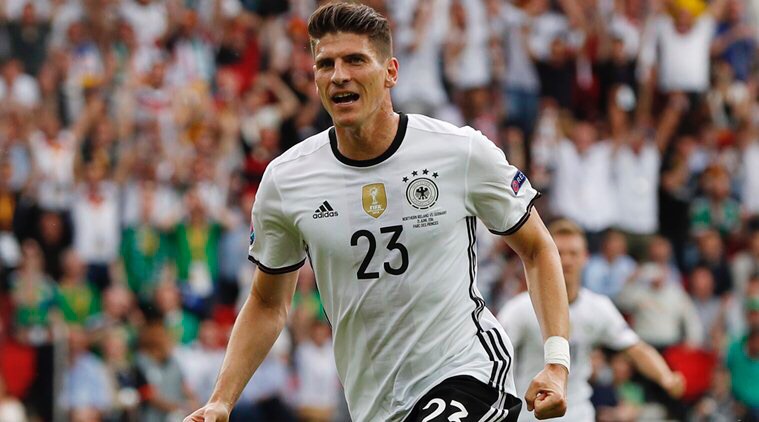 West Ham received a huge boost yesterday in their search for a striker, as Germany striker Mario Gomez declared that he is leaving Besiktas this summer.

The 31-year old was an important part of the Germany squad at this summers Euro 2016, and has decided to leave the Turkish club following the political unrest within the country.

It was a difficult decision that I had to think about a lot. I have to tell you Besiktas fans personally that it is very heavy for me that I will not be playing for this great club in front of you wonderful fans in this unique stadium anymore.

The reason for this is completely down to the political situation! There are no sporting or any other reasons that have made me make this decision. It is purely down to the terrible events that happened in the last few days.

I hope you can understand that! I (owe) huge thanks to the club, to you fans and to all the people with whom my family and I had a lot of wonderful times! It was a fantastic year with the Championship providing the absolute highlight.
I hope that these political problems can be solved in a peaceful manner soon. Then it would be my great wish to play for Besiktas again! The club and the country grew very close to my heart in this past year. Hope to see you again soon.

West Hams search for a new striker has so far been a fruitless task, with failed attempts to sign Michy Batshuayi, Christian Benteke, Carlos Bacca, Alexandre Lacazette and Carlos Tevez.

The signing of a new striker for West Ham is likely to trigger a chain reaction of moves, with Diafra Sakho and Enner Valencia linked with moves away from the club.