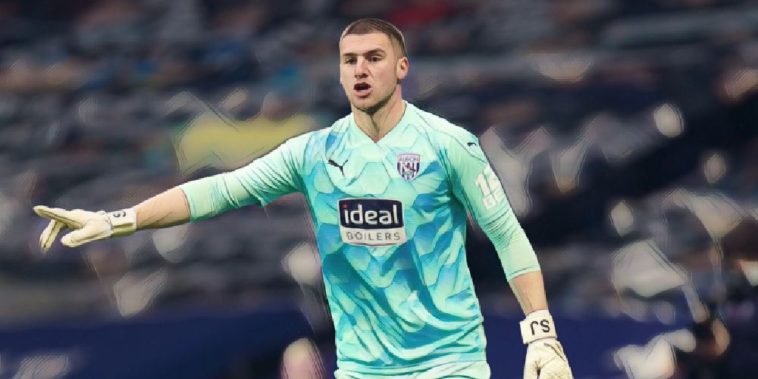 The 28-year-old began his career as part of the academy set-up at Manchester United, joining the club in 2009 and going on to lift the FA Youth Cup in 2011, alongside a supremely talented side containing the likes of Paul Pogba, Jesse Lingard and Michael Keane.

After spending the next seven years out on-loan at a variety of lower division sides, including an impressive 18-month spell at Aston Villa, the ‘keeper signed for the Baggies in 2018, going on to play all 46 Championship games of their promotion campaign last term.

While they have gone on to struggle throughout the current season, ultimately culminating in their relegation last week, Johnstone has been hugely impressive in the sticks, earning a first senior England call-up for the World Cup qualifiers back in March.

Following that superb season on a personal level, the former United man is now rumoured to be on the radar of a number of top Premier League sides, Football Insider reporting that West Ham are currently in pole position in the race for his signature.

The report suggests that the Hammers have jumped ahead of London rivals Tottenham in the hunt for the player, who has made more saves than any other top-flight ‘keeper so far this season (148).

David Moyes’ side have only recently tied down current number one Lukasz Fabianski to a new one-year deal, although the Poland international appears in need of quality competition, while at 36, a longer-team replacement may be in order.

The east London club are likely to be able to offer the player the chance of European football, with Europa League qualification still on the cards, despite seeing their top-four hopes ebb away following their draw with Brighton on Saturday evening.

The same can’t be said of Spurs, however, whose involvement in continental competition remains in the balance, while their current seventh-placed position would only see them qualify for the maiden UEFA Europa Conference League, Europe’s new third-tier competition.

They do appear in need of a new shot-stopper, nonetheless, amid continued uncertainty over the future of club captain Hugo Lloris, the World Cup winner having been linked with a reunion with Mauricio Pochettino at Paris Saint-Germain.