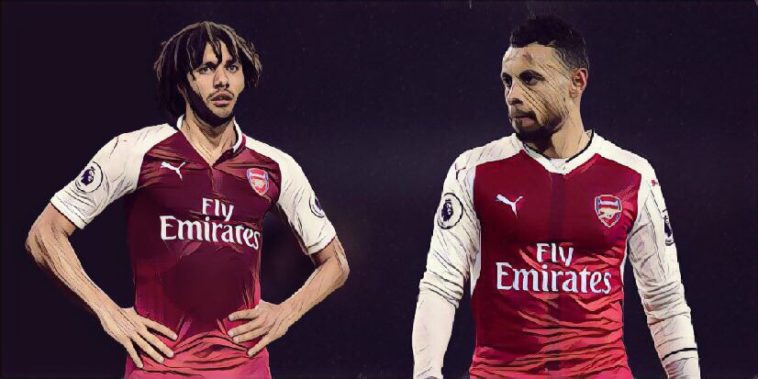 West Ham are looking at Arsenal midfield duo Mohammed Elneny and Francis Coquelin as their search for a new central midfielder continues.

Coquelin was left out of Arsenal’s 4-2 defeat to Nottingham Forest in the FA Cup at the weekend, and has been restricted to just one start in the Premier League this season.

The Mirror have claimed that West Ham are interested in signing the 26-year-old, and when asked in his press conference on Tuesday morning if Coquelin would be leaving the club, Wenger admitted if the Frenchman could leave the club this month:

“It is a possibility, but nothing is decided.”

He was then asked about if he would be moving to West Ham, to which the Arsenal boss said:

“No, we have had no contact with West Ham.”

It is thought that Coquelin would cost around £10m, with La Liga side Valencia also thought to be interested in his services.

Sky Sports also back up the claims regarding Coquelin, but also say that the Hammers are interested in in signing his teammate Mohammed Elneny. The Egyptian has made just five appearances in the Premier League so far this season, with Granit Xhaka, Jack Wilshere and Aaron Ramsey all being favoured in central midfield.

West Ham have been linked with a number of midfielders including Joe Allen, Jonjo Shelvey, Steven N’Zonzi and Morgan Schneiderlin, but have so far not made progress regarding a potential signing.