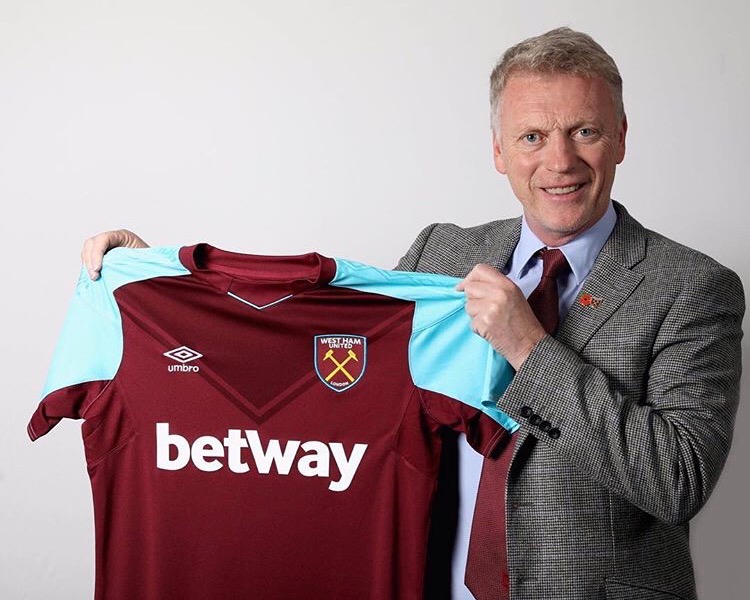 West Ham United have confirmed that David Moyes has been appointed the clubs new manager on a six month deal.

The news comes just 24 hours after the Hammers announced that Slaven Bilic has been relieved of his duties at the London Stadium following a dismal season. After 11 games, the Hammers sit in the relegation zone with just nine points, following the 4-1 home defeat to Liverpool at the weekend.

In a statement on the club website, joint-Chairman David Sullivan said:

“I would like to welcome David to West Ham United.

“This is a unique position for David Gold and myself – it is the first time in almost eight years at West Ham United that we have appointed a new manager during the season.

“We need somebody with experience, knowledge of the Premier League and the players in it, and we believe David is the right man to turn things around and get the best out of the players at the Club. He is highly regarded and respected within the game, and will bring fresh ideas, organisation and enthusiasm.

“He proved with Everton that he has great qualities and we feel that West Ham United is a Club that will give David the platform to display those qualities again.”

Moyes has 12 years experience of managing in the Premier League, spending ten years at Everton before becoming ‘The Chosen One’ at Manchester United, having being hand selected by Sir Alex Ferguson to take over his throne.

His struggles at United are well documented and he eventually decided to try his hand in La Liga, taking charge of Real Sociedad. After a ahort break from Football, Moyes took over at Sunderland, but was unable to stop them finally sliding into the Championship. He will be hoping to avoid two successive relegations at his new club.