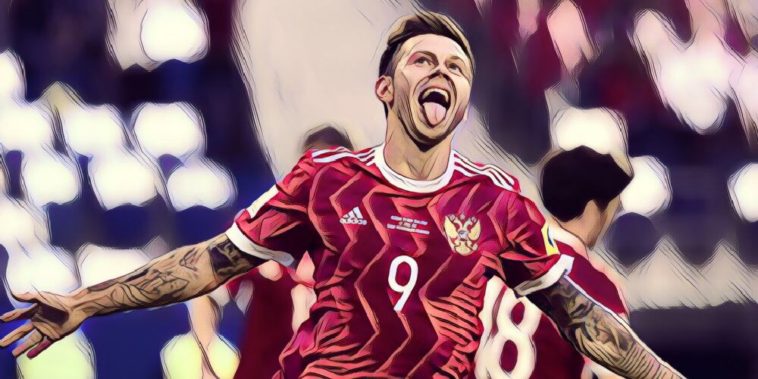 West Ham are growing in confidence that they can finally land Fyodor Smolov this summer.

The Hammers were heavily linked with making a move for the Russian in January, but some reports suggest that it was current boss David Moyes who put the brakes on the deal, having doubts whether he would adapt to the Premier League.

However, the club’s board – who have come in for plenty of criticism in recent months – are pressing ahead with their plan to sign the striker. They have set agent Mark McKay, who helped West Ham sign the likes of Dimitri Payet, to work on a deal with Smolov’s agent German Tkachenko, and hope to have a deal agreed before Russia kick off the World Cup on June 14 against Saudi Arabia, a game which Smolov is likely to captain his team.

The board hopes that making a relatively high profile signing will help to mend the relationship with the club’s supporters, who have been protesting against the like of David Gold, David Sullivan and Karen Brady in recent weeks.

It is thought that 28-year-old is available for around £15 million, which considering he has scored 16 goals this season for both club and country, is a reasonably cheap purchase.