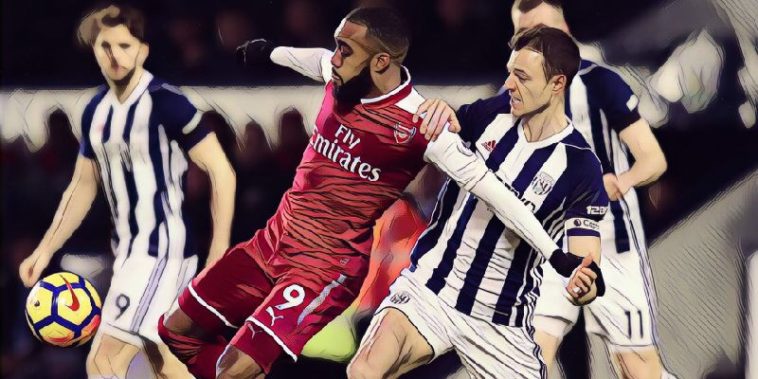 Arsenal were denied a win after a controversial penalty was awarded to West Brom and the match ended 1-1. Here are five things we learned.

When Arsene Wenger took charge of Arsenal in 1996, few people would have predicted he would still remain at the club 21 years later. In the match against West Brom, Wenger set a new record. He has now managed 811 Premier League games, eclipsing the record set by Sir Alex Ferguson.

There has been no new manager bounce under Alan Pardew for West Brom. The Baggies are without a win in seven games (D4, L3) since Alan Pardew took over, scoring just three times. They are 19th with 16 points and haven’t won since August. It’s hard to see West Brom avoiding relegation this season.

The future looks bleak for Arsenal without Mesut Ozil

The German international missed the trip to West Brom with a slight knee injury and Arsenal looked devoid of ideas without him. Ozil has been Arsenal’s best player in recent weeks, scoring goals, providing assists and cleverly running into space. When he doesn’t play, Arsenal are a different team and not in a good way.

Mike Dean is a controversial referee, there’s no two ways about it. The penalty he gave for West Brom against Arsenal was questionable to say the least. Former Gunner Kieran Gibbs went to cross the ball and it hit Calum Chambers on the arm.

Chambers didn’t move his arm towards the ball but somehow Mike Dean decided it was a penalty. Mike Dean has a tendency to give controversial decisions almost for his own enjoyment and that was proven once again.

There was a ridiculous amount of scrutiny after the Crystal Palace game over the fact that half of the team didn’t celebrate with Alexis Sanchez. He scored for Arsenal against West Brom and the whole team came and celebrated with him. What dressing room unrest?