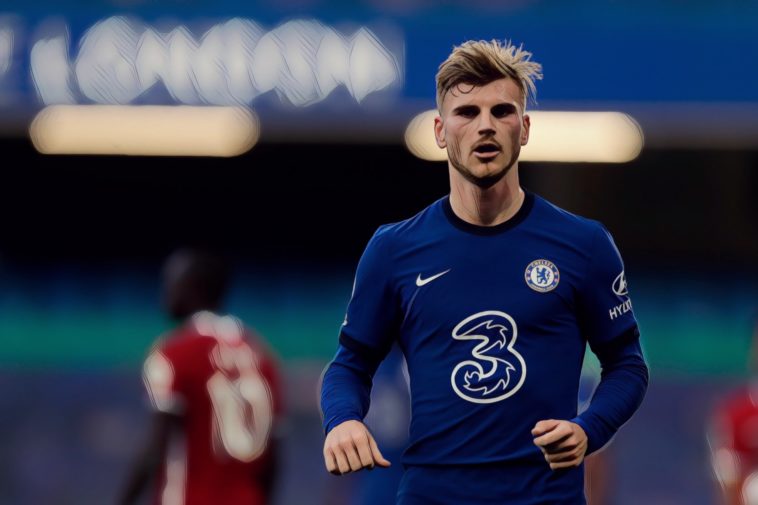 Timo Werner is eyeing Champions League glory with Chelsea and has backed the club to go ‘very far’ in the competition this season.

Chelsea host Rennes at Stamford Bridge this evening looking to take a huge step towards the knockout stages, with Frank Lampard’s side having taken four points from their opening two fixtures to sit top of Group E.

The west London side were eliminated in the last-16 by eventual champions Bayern Munich last season, but an expensive summer of recruitment has raised optimism that Chelsea can challenge for major honours this season.

Werner arrived during the summer from RB Leipzig as part of their lavish summer spending and was joined in the capital by the likes of Kai Havertz, Hakim Ziyech and Ben Chilwell, with the Blues now boasting a squad possessing both depth and quality.

Werner believes that the club’s strength in depth could prove crucial to their hopes of reaching the latter stages of the Champions League this season, and has backed his side to make an impact in continental competition in the coming seasons.

“But we have a big squad of good players. We have so many players and so many good players, and I think with this we have to have the goal to go very far in this competition.

“We are not here to say ‘we will get in the next round and we will see’. We are here to win the Champions League in the next years. This year is a good chance because everybody in the competition has a lot of games and every team has to think about how they can manage it, who they can play, how many games can they play consecutively.