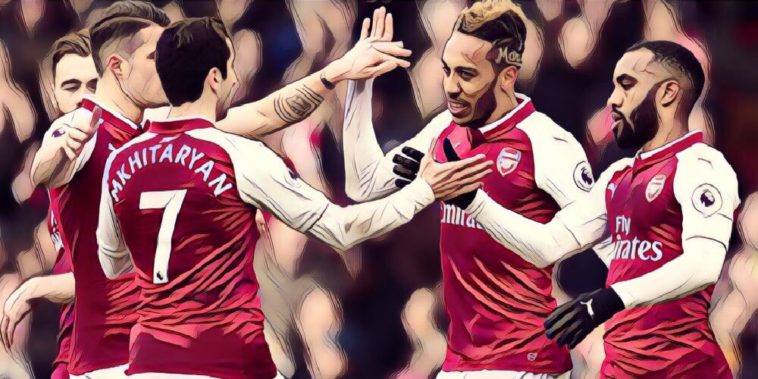 Arsenal manager Arsene Wenger has revealed that he will consider playing star attackers Pierre-Emerick Aubameyang and Alexandre Lacazette together.

The talented strikers are the Gunners two most expensive signings ever, but have not started a game together since Aubameyang’s £60 million move from Borussia Dortmund in January.

Lacazette was signed for £48 million last summer, but he has struggled to perform consistently, and many questioned whether his time at the Emirates was already up when Wenger splashed out on Aubameyang.

However, during the Gunners 3-0 home victory over Stoke last weekend, Aubameyang generously gave handed over penalty taking duties to his fellow striker, despite the Gabon international being on a hat-trick.

Lacazette promptly scored the spot kick to end a Premier League goal drought that started in January, and both players warmly embraced afterwards.

Arsene Wenger has also suggested that he may consider switching his tactics to accommodate getting both strikers into his starting XI in the future.

“I think they can play together,” Wenger told Standard Sport.

“Aubameyang had played a long part of his career on the left in Saint-Etienne.