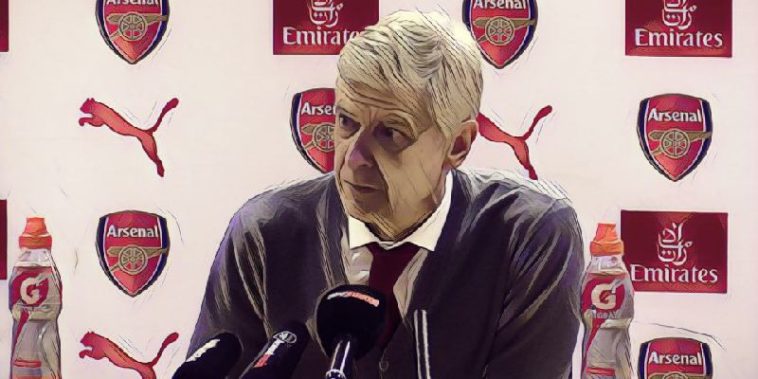 Arsene Wenger was in bullish mood after his Arsenal side came from grabbed a late equaliser in an exciting Premier League clash at the Emirates.

The game was 0-0 at half time, before Jack Wilshere opened he scoring for the Gunners. Eden Hazard equalised through a contentious penalty before full back Marcos Alonso put the Blues into the lead late on. However at the end of an exciting game, Arsenal right back Hector Bellerin fired past Thibaut Courtois to ensure the spoils were shared.

The Frenchman described it as a “great football game” with “fantastic actions from both sides”. The Gunners have been in some pretty decent form recently, especially against the top six, but admitted that it was “very frustrating” that his side still were sixth in the Premier League table.

He also praised the recent form of Jack Wilshere, and tipped him to be back in the England squad for the next round of international fixtures.

However, despite being asked to explain his comments last weekend about the referee, Wenger decided to call the decision to award Eden Hazard a penalty as “farcical”. He continued in a tirade to the press about the competency of the referees in the game in general – comments which could land him in more hot water with the FA.

Hazard went down in the area under a challenge from Hector Bellerin, and whilst admittedly there was very little contact, the majority of pundits and fans believed the referee got the decision right.