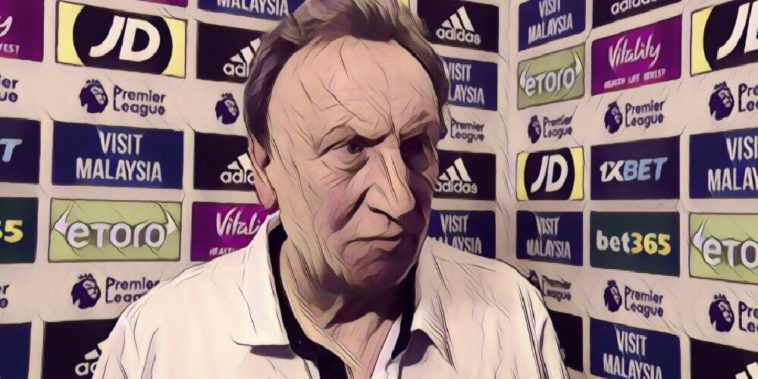 Cardiff manager Neil Warnock has described the beautiful game of football as ‘cruel’ after the Bluebirds return to the Premier League still hasn’t delivered the first victory of the season.

Warnock’s men remain rooted within the bottom three after they succumbed to the latest defeat of their Premier League return against a Burnley side that have also struggled to find their form so far this campaign.

While Sky Sports wisely avoided the use of the phrase ‘Super Sunday’ ahead of this game in fear of being in violation of the Trade Description Act, this certainly turned out not to be a game for the football purists, with some of the passing stats from the first half among some of the worst in Premier League history.

Speaking after the game, however, Neil Warnock admitted that his side lacked a little bit of quality, but thought they deserve a penalty.

“It is a cruel game sometimes, but I can’t fault the effort. They had two shots and you can’t concede goals like that. We didn’t get the rub of the green. From Paterson’s overhead kick, we should have a clear penalty,” the former Sheffield United boss told the BBC.

“We can’t get much more out of the players but we make errors and they punish you. We could have taken more opportunities too – that little bit of finishing is what you pay for. We are just lacking a little bit of quality in that area.

“It is a blow to lose a game like today, because we can’t play much better than that.”