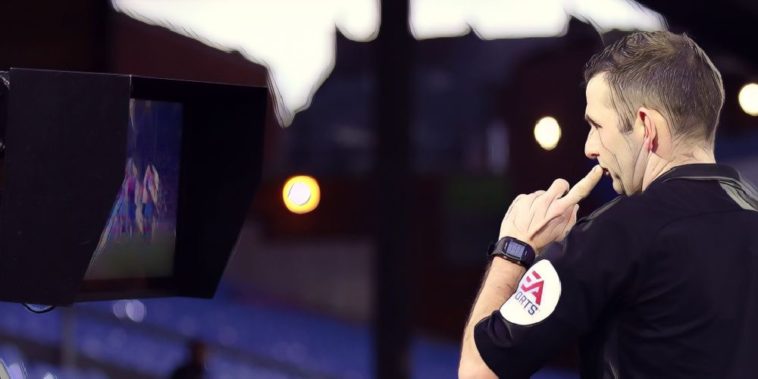 Video Assistant Referees or (VAR) have made a series of changes to their operation for the launch of the 2021 Premier League. The system of one referee on the field and a team of three people watching the cameras reviewing decisions, allows for a more informed decision on violations, red cards, penalties and mistaken identity when giving a card. But it has caused some controversy amongst fans when decisions are overturned or when the reason for a punishment is unclear.

The changes, designed to keep fans from abandoning the sport entirely for something like GGPoker for example, include a series of tweaks to rules to crack down on soft penalties and trivial free kicks.

Offside calls will be informed by thicker lines, rather than the “forensic” nature of past offline decisions, determined by mere millimetres. Fan criticism has been loud, with goals revoked due to an elbow offside, it’s been enough for the Professional Game Match Officials Board to say that any decisions with no clear result will be considered onside and the line-drawing process will no longer be shown.

Referees will limit fouls and penalties given for “soft” offences, targeting players who go down from little contact, making a performance out of nothing. A record 125 penalties were given out at last year’s Premier League season, with criticism that any team member with any level of contact in the box was not cause for a penalty.

Handball interpretation is the final major change sure to please viewers. Goals were once revoked due to the slightest of touch from a hand or arm, but this year, referees are expected to use some judgement on whether the attacker has purposefully aided his team by handling the ball.

Premier League Mike Riley has expressed his support for the changes, saying that VAR teams’ limited ability to intervene will lead to an approach that allows players to “express themselves and let the game flow”.

Ex-footballer and famed sports broadcaster Gary Lineker told Twitter that the changes put forth will “allow a degree of contact without perpetually giving fouls” and that it is good for the game and increases the spectacle. He added that he would like to see less interference from VAR, so that “we might just have our game back.”

Jamie Carragher, former footballer and current TV personality said, “I think it’s just frustrating for football fans that we’re actually losing goals in these situations. The majority of the people in this country, I don’t think have ‘bought’ VAR. I don’t think they’re enjoying football as much.”

On the other hand, former football player and coach, Gary Neville said: “I’m against a couple of the rule changes. I don’t think the offside rule is clear enough, I think the handball rule is creating bigger problems for the game.”

He went on to say that the players want accurate decisions, and always have, and that VAR was brought in to ensure that accuracy.

He added, “What I would say is that it needs refining. It needs improving.”

Fan reactions are generally optimistic, with most welcoming a rollback to more subjective ways of dealing with attacking players.

@ec99bim said: “There have been some more changes to VAR in this new Premier League season that should help smooth operation of VAR. Application of VAR in the Premier League should be the same as European matches where refs are given more power & VAR plays a more discreet role in helping refs there.”

@PatersonLogan30 said: “The changes they’ve made to VAR have been great this weekend. Looks like they’ve finally got it right.”

However, one or two indicated their appreciation for the precise approach with VAR.

@Mpho544622244 said: “On a serious note, we need VAR for our games. It will help in decision making, ‘cause some decision-making needs just that VAR. We can’t have official’s making such mistakes so VAR please.”