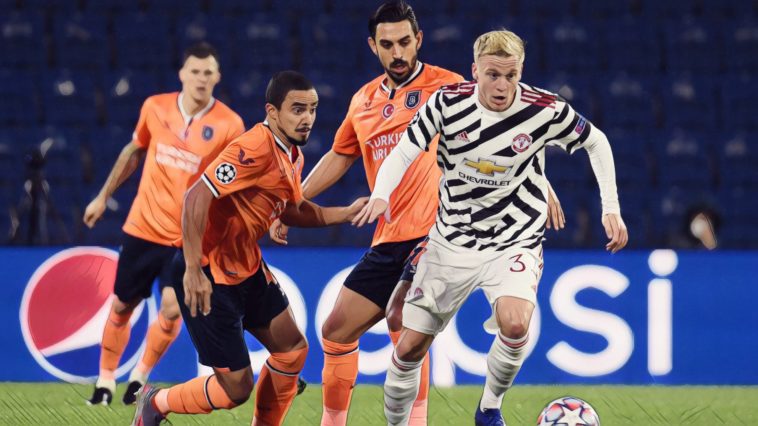 United crashed to defeat against the Turkish champions following a poor performance against the group stage debutants, the result following last weekend’s loss to Arsenal and ending the club’s perfect record in the Champions League so far this season.

Former Newcastle and Chelsea forward Demba Ba opened the scoring in an embarrassing sequence of play from Ole Gunnar Solskjaer’s side, the experienced Senegalese striker left unmarked to run clear from the half-way line and open the scoring.

Edin Visca doubled Basaksehir’s advantage after Juan Mata was robbed in possession, with Anthony Martial’s headed goal just before half-time failing to spark a revival for the Red Devils.

Van de Beek has expressed his disappointment at the club’s showing and admits everyone must take responsibility for the defeat, insisting his side must ‘improve’ ahead of this weekend’s crunch clash with Everton at Goodison Park.

“I am really disappointed,” he told BT Sport. “We started OK in the first 10 minutes but then gave a ball away, I don’t know how and after that we lost the confidence. We can play much better.

“We are a team and everyone has a responsibility. As I said before, we can play much better.

“I had a feeling (after Anthony Martial goal) and there was a lot of space to play and create but we did not create many chances.

“For them it is a really nice win and for us very disappointing. We need to improve a lot.

“We are Man United and we need to improve. The games before against Arsenal we did not play our best game. Now we have to step up against Everton.”

Read – Teams that should have won the Champions League: Early 2000’s Valencia