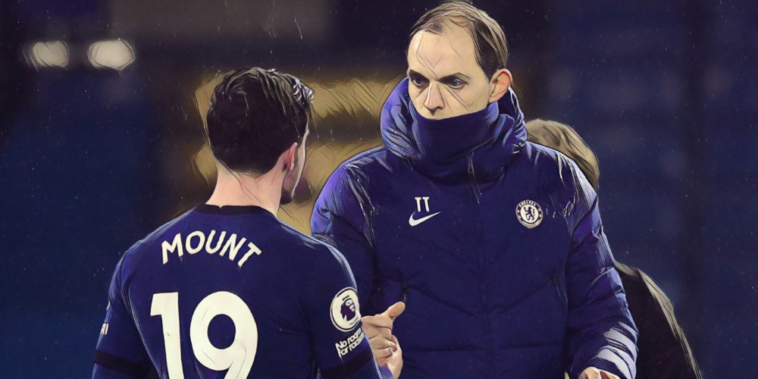 Thomas Tuchel has vowed to nurture Chelsea’s academy graduates and says he will push the club’s youngsters to their limits.

Tuchel was appointed as Chelsea’s new head coach this week and oversaw his first game in charge with a goalless draw against Wolves on Wednesday, though his first starting side raised concerns following the omission of several home-grown stars.

Frank Lampard’s usage of the west London side’s excellent youth system saw the dismissed manager win plenty of plaudits during his 18-month spell in charge, and Tuchel has now moved to alleviate fears over his faith in youth and says he will work hard to develop the club’s best prospects.

“I love to work with guys from the academy and we have a lot of Chelsea boys here in this squad that we will push to the limits.” Tuchel told a press conference today.

Tuchel’s first starting side saw Mason Mount, Tammy Abraham and Reece James all named amongst the substitutes, whilst promising teenager Billy Gilmour was omitted from the matchday squad entirely.

The German has revealed how he chose to go with experience for his first game in charge but has praised the abilities of both Mount and Gilmour, insisting both players are a part of his plans.

“I wanted to take the weight off their shoulders,” Tuchel continued. ” I wanted to give the responsibility in this special moment to a bit more experienced players and have them on hand.

“There is nothing to worry about, I like what I see from Mason so far, [he’s] such a nice and competitive guy. Every game I have seen so far, Mason cares for Chelsea, 100%.

“This is the best basis for a big development. I am very happy to have him around, I will not stop pushing him and guiding him.

“For Billy, I have a good impression. He is a very strategic guy, [with a] very high level of game understanding. He’s good in the first contact and has clever positioning. We will see if he has the physical level, but he is super quick with his feet.”