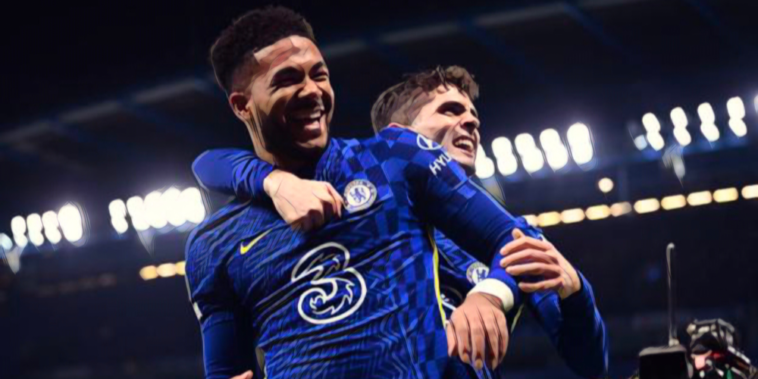 Thomas Tuchel has questioned Gareth Southgate’s decision to name Reece James in his England squad for the Three Lions’ fixtures later this month.

James was included in the England squad for March’s friendly fixtures with Switzerland and Ivory Coast, despite struggling for fitness in recent weeks with the right-back having played just 147 minutes of football in 2022 to date.

Speaking at his pre-match press conference ahead of Chelsea’s FA Cup quarter-final at Middlesbrough, Tuchel admitted it would make ‘no sense’ for James to join up with England if he fails a fitness test ahead of this weekend’s clash at the Riverside.

“I would always call Reece up no matter what if I was the head coach of the England national team so I’m not surprised.

“Yesterday he was not match ready so let’s see what happens tomorrow. He comes now from nine weeks of injuries altogether and we have to do late tests to see if he can even do full training today and be match ready for tomorrow, which is a big doubt. If not, it makes no sense for him to go.

Tuchel provided an update on his squad ahead of the clash with the Championship side and confirmed that James, Callum Hudson-Odoi and Andreas Christensen are all doubts.

“We have Reece, Callum and Andreas Christensen uncertain,’ Tuchel said.

“They are in training but not in full training yesterday so let’s see. We still some checks to do and it can be a very tight race, maybe too close.”