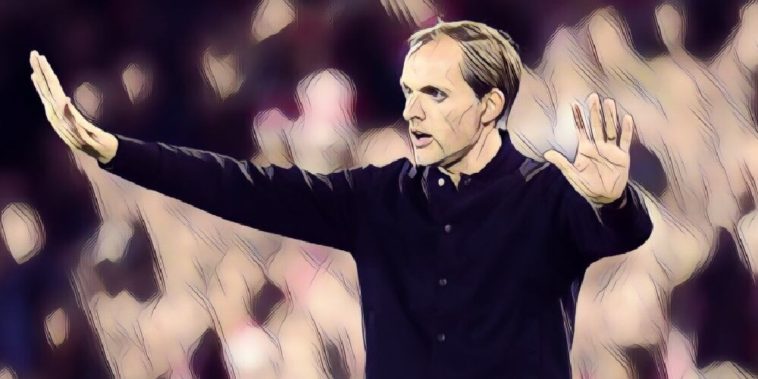 Thomas Tuchel does not think that his PSG side deserved to lose their opening Champions League game to Liverpool last night, but did admit that Jurgen Klopp’s forced his players into tight spaces.

Liverpool took the spoils once again in the latest Klopp v Tuchel battle, with Klopp’s men running out 3-2 winners at Anfield thanks to a late Roberto Firmino strike.

Tuchel of course was Jurgen Klopp’s successor at Borussia Dortmund, with the pair last meeting in an epic ding-dong battle at Anfield in the 2016 Europa League quarter-finals, a game in which Liverpool ran out 5-4 winners on aggregate, with the self proclaimed greatest centre-back in the world, Dejan Lovren, scoring in the 91st minute.

Once again, it was Klopp who had the upper hand as the two Germans went head-to-head once again, although PSG boss Tuchel doesn’t think the result was a true reflection of the game.

“Maybe the score did not really tell the story of the game,” he said in his post match press conference.

“Julian Draxler had a chance to win the game before Liverpool got their goal. For me, the score was not logical or correct.

“We conceded two goals in the first half but never at any point did we lose our confidence. We showed a lot of bravery, a lot of mental strength.

“There was not much space for Neymar to go into that number 10 position,” he added. “What Liverpool do really well is they try to get you inside but then close you down.

“So our plan was to utilise the space out wide. The idea as well was to involve the full-backs to slow things down a little bit and calm things down.