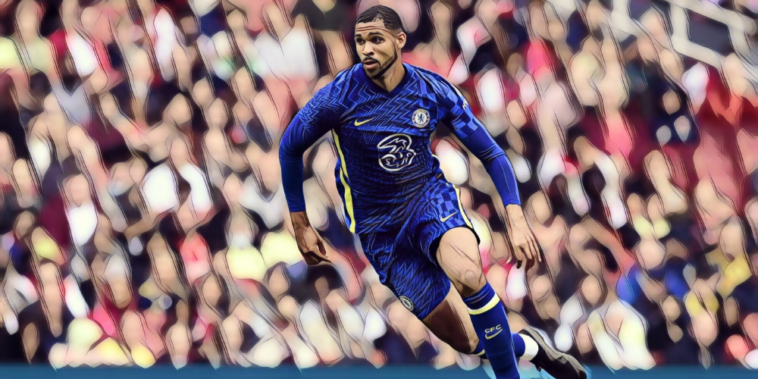 Thomas Tuchel has discusses the respective futures of Ruben Loftus-Cheek and Kurt Zouma ahead of the new campaign.

Loftus-Cheek has returned to Chelsea following an indifferent loan spell at relegated Fulham last season, the midfielder having seen his progress in recent campaigns hindered by injury.

The 25-year-old was expected to leave the west London side this summer in search of regular first-team football, but has been handed an opportunity by Tuchel to prove himself ahead of the new season.

Loftus-Cheek played for 64 minutes of the Blues’ 2-1 win over Arsenal on Sunday afternoon, and saying he has been ‘happy’ with his pre-season performances, Tuchel has demanded much more from the midfielder and says the star’s future is ‘in his hands’.

“Generally, I am happy and that’s why he plays, he deserves to play at this point of the preparation,” Tuchel said.

“But I think he can do even more, he can show up more.

“He can show more physical capability and drive more with the ball. I’m never satisfied with him, I have the feeling we need to push him to the absolute limit. He has everything in his hands and it’s on him to decide his own future like every player.

Tuchel also spoke on the future of Kurt Zouma, who has been linked with a summer exit.

The France international was suggested as a potential makeweight in a deal to sign Jules Kounde from Sevilla, whilst West Ham are interested in bringing the centre-back to the London Stadium.

Having worked with him last season, Tuchel says he aware of what Zouma can bring to the Chelsea side and called on the defender to demonstrate his qualities during the Blues’ pre-season campaign.

“Kurt comes from a very different situation,” he added.

“Kurt was part of the team for half a year, I know him exactly, what I can demand from him, what he can give to the team.

“When he was needed – and he had some tough decisions against him… he delivered.

“Ruben needs to show now everything in some weeks if that’s possible. For Kurt, it’s different as I know what he can deliver. It was his first 45 minutes of the season and from now on, we go.”