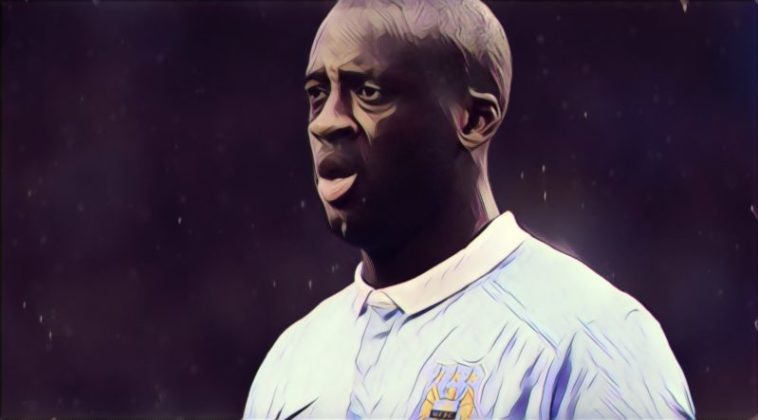 Yaya Toure has revealed that putting Manchester United in the ‘’shadow,’’ of Manchester City is the biggest achievement of his Etihad career.

A mosaic of Toure wheeling away after scoring a goal has just been unveiled by the player himself and Cityzens Chairman Khaldoon Al Mubarak outside the clubs training ground to celebrate the talented midfielders eight year stay at the newly crowned Premier League Champions.

The goal the 35-year-old is celebrating is not just any goal however, it was the winning goal Toure scored to beat bitter rivals Man United in the FA Cup semi-final in 2011.

City would go onto to lift the Cup that year and seal their first piece of silverware under Abu Dhabi ownership, as well as the clubs first in 25 years.

Toure admitted that the semi-final victory over United was the start of City becoming the dominate force in Manchester.

“To be honest, yes, that’s true,” Toure told the Telegraph.

“When I came to City for them to be a big club we had to put them [United] in their shadow… That was the purpose – to come to City, to put United in the shadow although that would be difficult. But the semi-final was a big part of it.

“United were in our way.

“We had to remove them, they were such a force, they won the league that year. To come to the game, they had such confidence, they thought they were going to beat us.

“I’ll never forget it; they missed big chances. At half-time we were nearly fighting in the dressing room. Go out and play like men – or we go home again and say to [City chairman] Khaldoon [Al Mubarak]: Thank you, we’ve eaten the money but we move on because this club will never achieve.”

When he initially joined City from Barcelona, he was accused of simply being a money grabbing mercenary, something which he has denied:

“Some of your colleagues said I came here not to win trophies, but was more impressed by the money,” he added.

“But after we won the FA Cup, some started to be more impressed and to shut their mouths and say ‘This guy is the real deal’ – and that’s what I am proud of.”