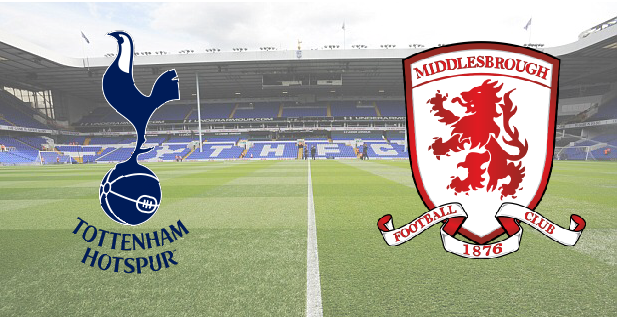 Tottenham go into Saturday’s match hoping to cut the gap on leaders Chelsea, whilst Middlesbrough hope to arrest their recent slump.

Tottenham go into Saturday evening’s match in need of a win following a run of two successive draws in the Premier League. The game is perhaps more important for Middlesbrough who having failed to win any of their last six matches in the league are in danger of being drawn into the Premier League relegation scrap. The match has all the elements to be a cracker with both sides needing to win for different reasons.

Spurs will be without left back Danny Rose who is expected to be on the sidelines for a month following an injury picked up in the 0-0 stalemate at Sunderland. Hugo Lloris is expected to return following an illness also keeping him out of Spurs’ last game. Long term absentee Erik Lamela will be missing again as he recovers from an injury sustained in the EFL Cup match against Liverpool in October.

Daniel Ayala will return from suspension for Boro, however fellow defenders George Friend and on loan Arsenal man Calum Chambers are missing. New signing Patrick Bamford could play on his return to the club.

Heung Min Son is likely to lose his place following a poor display against Sunderland, with summer signing Moussa Sissoko likely to take his place.

A likely unchanged Boro side following the 1-1 draw at the Riverside to West Brom, however Bamford or Gestede could start along side Negredo up front.

Surprisingly, Middlesbrough have the better of the head to heads, having won 35, drawn 23 and lost 34 times to Spurs since records began. Despite this, all evidence would point towards a Spurs victory, although not being in the best of recent form, they are fully expected to win. Prediction – 2-1