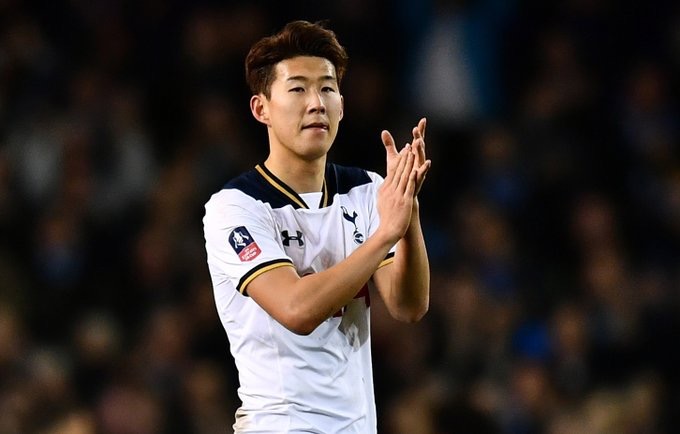 Heung min Son’s 97th minute winner completed an incredible comeback in an incredible 4-3 thriller at the lane. If there was any game to highlight the magic of the FA cup, it was definitely this one.

Spurs as expected rested their key players and remained without Kane, Alderweireld and Rose through injury, and Pochettino decided to give opportunities to Onomah and Nkoudou, whilst this decision did look to have backfired on him after 89 mins of the game.

Wycombe came flying out of the blocks in the early stages of the match, with Akinfenwa teeing up Hayes who then somehow hit the bar from six yards out after just 45 seconds.

The eventual victory would most likely have been more comfortable for Spurs if Son had converted a simple chance on 18 mins after Wycombe keeper Jamal Blackman spilled the ball to the feet of Son, who then fired his snapshot wide from an acute angle.

Wycombe took the lead on 22 mins, after Spurs failed to deal with a deep corner which Onomah spooned his header into the air and Paul Hayes was present to hit a crisp volley over the head of Vorm who was in no mans land. Sissoko and Son were next to trouble the Wycombe goal, seeing both their shots saved by the keeper and a defender on the line. The front two of Wycombe Akinfenwa and Hayes were causing havoc against a below par Wimmer.

Upset in the cards

On 35 mins the FA cup fairytale was well and truly on. Carter- Vickers dived in and showed his inexperience by making a foolish lunge in the penalty area, giving the referee no choice but to point to the spot. Hayes stepped up and smashed the spot kick down the middle to send the Wycombe fans into pandemonium behind the goal.

At half time, Pochettino threw on Vincent Janssen and it was this call that really proved crucial in the game.

On 60 mins, Son danced through the Wycombe defence and fired a low cross shot across the six yard box, only to see it deflect in off Joe Jacobson to give Spurs hope of turning the tie around.

Straight after the goal, Dembele and Alli came on and it seemed like it would get worse for Wycombe. Three minutes later the tie was level, Janssen used his strength to push the ball past Pierre  wait for the stray elbow to the face which sent the Dutchman tumbling in the box, again giving the referee no choice but to give a penalty kick. Janssen converted the spot kick, although Blackman will be disappointed he couldn’t save the poor penalty down to his left. At this point, with around 30 mins to play, it seemed like Spurs would kick on from there and reassert their authority.

However the game took yet another turn when Kieran Trippier was kneed in the ribs and forced to withdraw, leaving Spurs with only 10 men on the field, as all Spurs’ substitutes had been used up. This left Spurs a little open at the back, and Weston delivered a sumptuous cross for Gary Thompson to nod home on 83 mins giving the visitors another lead against 10 men Tottenham. At this point it seemed like Wycombe would comfortably see the game out. However a wayward kick by Jamal Blackman caught the defence of Wycombe off guard, as one straight header from Dembele put Dele Alli through on goal, working the ball onto his right foot and guiding it in on 89 minutes for 3-3.

After this it was anyones game, Wycombe continued to try and push forward with their numerical advantage and Spurs always remained dangerous when probing around the box. On 95 minutes it seemed as though Janssen had snatched it but for a brilliant point blank save from 6 yards out from Blackman. In the dying moments of the game Janssen was involved again, playing a lovely one two with Son who ran in on goal and mishit the shot against the defender and it spooned up and into the roof of the net to complete the dramatic comeback.

Overall, Spurs are in the hat for the 5th round, and that is all they can be happy with. If they do go on to win the FA cup, nobody will care about how badly they played against Wycombe in the fourth round, it was all about getting through. However the last word has to be about Wycombe who can count themselves extremely unlucky to come away from White Hart Lane with nothing, and they have shown other teams that the underdog can still cause upsets in the FA cup. It is just unfortunate from their point of view that they couldn’t hang on for the replay.