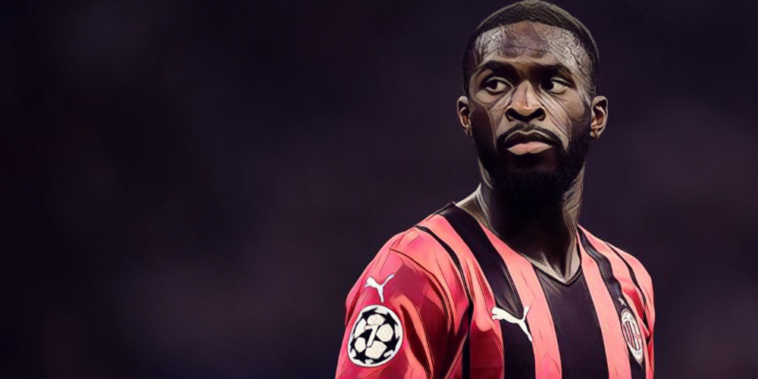 Fikayo Tomori has opened up on how he is ‘learning’ following conversations with legendary AC Milan defender Paolo Maldini.

Tomori signed for Milan on an initial loan deal from Chelsea in January, before completing a permanent £25m move to the Serie A side during the summer after impressing during his time at the San Siro.

The 23-year-old has emerged as a key figure for the Rossoneri and his performances have earned the defender a recall to the England squad ahead of this month’s World Cup qualifiers with Andorra and Hungary.

The centre-back – who has not been capped since making his Three Lions debut in November 2019 – has opened up on the move to Milan and how he has sought advice from club icon and now technical director Maldini.

“When he was speaking to me I was like: ‘This is Paulo Maldini!’,” Tomori said at a press conference

“He is at the training ground every day so for me, as I defender, I want to impress him.

“Midway through my loan, last season, we had a chat and were talking about my game.

“He told me what I need to improve and he is really engaging and having a legend like that, when he says something you are going to listen. It is definitely a nice thing to have him around and he has been a big help.”

Maldini is regarded as one of the greatest defenders the game has seen following an incredible one-club career with Milan, making 902 appearances for the club and winning seven league titles and five European Cups amongst his honours.

Tomori has discussed the advice the Italian great has handed to him since his move from Chelsea, admitting he is continuing to learn the differences between Serie A strikers and those he experienced in the Premier League.

“He was talking about having my body position right and maybe having an extra look, whether it’s from a cross or maybe when they’re building up.

“The strikers in Italy are nimble, they’re intelligent and they go off movements rather than maybe trying to beat you for pace or strength or get round the back of you.

“Opening your body and maybe checking one or two more times to know where he is at all times. It is easier said than done but I’m learning.”

Tomori also discussed the weight of expectation at Milan, who have returned to the Champions League this season following a seven-year absence from Europe’s elite.

The seven-time European champions are amongst the most illustrious clubs in world football and the defender believes the ‘pressure to win’ can bring the best from him this season.

“Everyone in football knows AC Milan and how big a club they are,” he said. “There is a pressure to win and a pressure to perform with so many fans in the stadium and around Milan.

“Milan for the past few years, it’s been a bit of a funny time but us back in the CL and fighting at the top of table in Serie A is a really good time and I’m really enjoying it.”

Read Also – Mohamed Salah: Where does he rank amongst the Premier League’s greats?