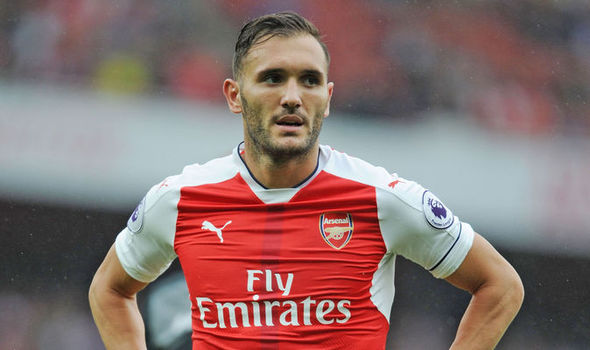 He only signed last summer, but here are three reasons why Lucas Perez should leave Arsenal this summer.

Lucas Perez has been impressive when making appearances for Arsenal but it just hasn’t happened often enough. The Spanish striker scored 18 goals in 37 La Liga appearances last season for Deportivo La Coruna. He was bought after Arsenal failed to sign Lyon’s Alexandre Lacazette. This does not make Perez a panic buy though, especially since he cost £17.1m.

Perez has just 11 appearances in the Premier League with nine of them coming from the bench. His best performance for the club so far was in the Champions League group stage against Basel. It was a night of hat-tricks as Perez got on the end of three assists from Kieran Gibbs. Despite his excellent performance, Perez was back on the bench for Arsenal’s next match against Stoke.

Arsenal fans would love to see him get a consistent run of games in the side rather than cameo appearances from the bench. He is not the world class striker Arsenal need but he is a great player to have. Perez is undoubtedly frustrated with his first season at the North London side. Here are three reasons why Perez’s first season at Arsenal should also be his last.

He didn’t move to England for a reduced role

Lucas Perez should be at the peak of his career. He was flying high in La Liga at Deportivo La Coruna. Now he has been forced to settle for appearances off the bench at Arsenal. Leaving your country of birth is a huge leap of faith and something that no footballer does without careful consideration.

It’s a great shame that Perez hasn’t been given enough of a chance to prove himself. Everton wanted him but London was more attractive than Merseyside for Perez. Arsenal might be the “bigger” club but Perez would probably have enjoyed more regular game time at Everton.

Lucas Perez is yet to receive a call up for Spain but it is never too late. Spain aren’t exactly overwhelmed with choice in the striker department and if Perez was playing and scoring regularly, perhaps he could force his way into the squad for the 2018 World Cup in Russia next year. However, he is not starting as much as he should for Arsenal.

Playing in a World Cup is something that every footballer dreams of. If Perez thinks there is even the slightest chance that he could make the squad, he has to do everything he can so that Spanish coach Julen Lopetegui has no choice but to select him.

Not getting any younger

Footballers typically tend to retire at the age of 32-35. Perez is 28 so he has to make the most of the time he has left. The Spaniard is a late bloomer and now that he is starting to fulfill his potential, he won’t want to waste any more time. West Ham are reportedly interested in Perez. This should be a beneficial move for both parties and it won’t be far to travel. Result.

From a selfish point of view, it would be great if he remained at the club. But, being realistic, it seems like one season could be the extent of Lucas Perez’s time at Arsenal and he might be one in a long line of players leaving the club this summer.