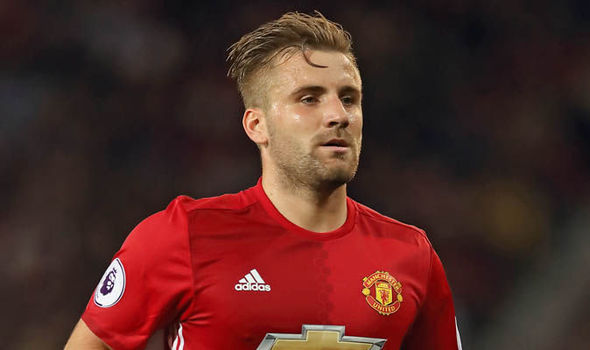 Shaw has played just 48 minutes of football this season, 45 against Burton Albion and the remaining three against Swansea, both in the Carabao Cup. Despite being fit, Jose Mourinho has preferred to use Ashley Young, Daley Blind and Matteo Darmian as his first choice left backs.

According to The Guardian, Shaw is worries for his career at Old Trafford after falling out with Mourinho and not being given a first team opportunity, despite doing everything asked for him.

His fears regarding his future could have some substance following various reports today linked United with a variety of left backs.

According to the Manchester Evening News, United are monitoring Tottenham left back Danny Rose. The England international publicly slammed the London clubs transfer policy and wage structure earlier this year, and has recently returned from a long spell on the sidelines.

United, along with Spurs, are also tracking Celtic left back Kieran Tierney. The 20-year-old is getting a growing reputation after a string of impressive performances for the Scottish Champions. According to TeamTalk, the Premier League duo are interested in signing the left back as a potential replacement for either of the aforementioned Danny Rose or Luke Shaw.

Meanwhile, Portuguese publication Record claim that United are also interested in Benfica full back Alex Grimaldo. The Barcelona academy graduate has put in some impressive performances lately for the Portuguese giants, including against Man Utd in the Champions League last week. However, a move for Grimaldo would not come cheap, with a fee of £40m being reported.

Regardless of who Jose Mourinho is targeting, it does not look like good news for Luke Shaw and his Old Trafford future.