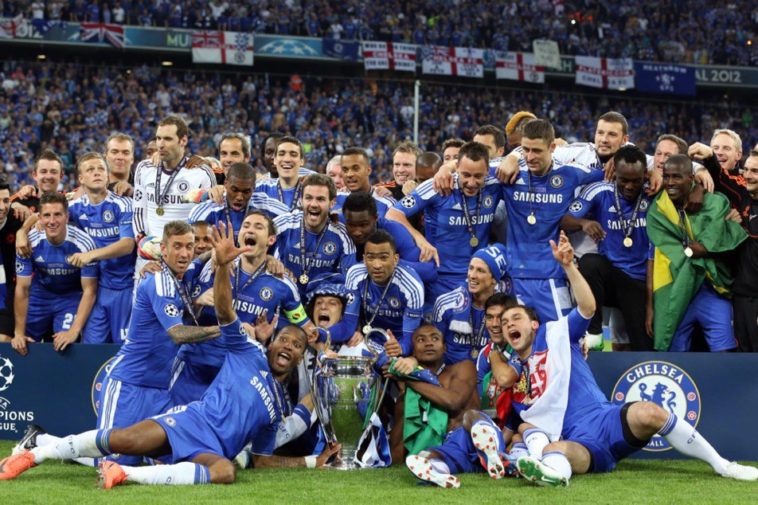 A look at the importance of Chelsea’s 2012 Champions League triumph.

Chelsea fans collectively held their breaths as the club inched closer to destiny at the Allianz Arena. Petr Cech had just tipped Bastian Schweinsteiger’s penalty kick off the woodwork. The Bayern midfielder had his face buried in his shirt to hide his tears as Didier Drogba strutted to the spot for what could be the kick to decide the 2012 Champions League.

Television sets around the world were graced with Gary Neville’s famous words: “It is written in the stars!” With a two-step run-up and a swift kick, Drogba put his penalty past Manuel Neuer, and the rest was history.

Winning the Champions League was immense for the West London club. Fortunes changed for the Blues on May 19, 2012 in Munich, and the ramifications were felt throughout the team and the leagues.

The new project of Andre Villas-Boas failed to achieve results, and left the squad sixth on the table behind City, United, Arsenal, Tottenham, and Newcastle. Chelsea were unable to secure a Champions League spot through the Premier League.

Villas-Boas was relieved of managerial duties in March 2012. Chelsea were down 3-1 against Napoli going into the second leg of the Round of 16 in the Champions League. All hope was given up. The future looked bleak for the SW6 club. It would be difficult to attract players without Champions League football. Management was in disarray after AVB left and Chelsea hero and assistant Roberto Di Matteo was left in charge.

Chelsea’s only way to qualify for the Champions League was to win the Champions League itself. The club showed its priorities by resting players in the Premier League to prepare for the cup matches. Di Matteo put all his eggs into one basket, or rather, one big trophy.

Branislav Ivanovic became a hero when he scored in the 105th minute against Napoli, just enough for Chelsea to advance 5-4 on aggregate. The rest was history as Chelsea continued to scrape through the rest of the tournament with wins over Benfica, Barcelona, and Bayern Munich.

Chelsea qualified for next year’s tournament to defend their title, while achieving the bonus of knocking down Tottenham into the Europa League. Although it did not end happily with a quick exit after getting third place in their group, Chelsea continued to win the Europa League.

A destination for stars

Marko Marin agreed to a transfer to Chelsea on April 28, 2012, before the Champions League win. We could assume Marin would be starting in 2013 had the club not won the big-eared cup.

The possible consequences of losing in Munich would have affected the future of the club. You could argue that Chelsea in 2016-17 weren’t in the Champions League, but the squad already had established stars that came after May 19, 2012.

Chelsea were looking to replicate the dynasties of other big clubs, as owner Roman Abramovich wanted to build a Barcelona playstyle in matches. The flashy and tricky players were the more expensive ones as tiki taka football was in vogue at the time. Villas-Boas attempted to squeeze out most of the old guard by benching veterans like Frank Lampard.

If the season finished without a Champions League win, players would not want to play at Stamford Bridge without top European competition, and Chelsea could have lost out on their transfer targets. European football was needed to convince top stars to play in West London.

Without the magical night at the Allianz, Eden Hazard may have not made a tweet signalling his intent to join the Blues.

Some say it was luck that Chelsea managed to survive against Bayern Munich. Playing the Bavarians in their own backyard left the Blues packed tightly to absorb as much pressure from attacks. Chelsea finally earned their first corner in the 88th minute. Juan Mata curled a nice cross into the path of a flying Drogba, smashing the ball into the net. The West London visitors held on until the luck of penalty kicks to decide the fate of the match.

People are not wrong to say that Chelsea needed luck to win the match. Luck won the match, but the resilience of the Blues kept them alive. The unwavering spirit, even when down a goal, is explained best through Gary Neville’s words.

“This is not anything to do with football. This is more than football, this is spirit. Never giving in, fighting to the end, that English spirit running right the way through this Champions League for Chelsea.”

Bayern were certainly a talented squad, and they certainly worked hard. However, Chelsea’s never-say-die attitude proved that hunger and desire to win are the most important things in football.

The belief and confidence were visible Mikel John Obi told Arjen Robben that Cech would save his penalty in the fifth minute of extra time. Schweinsteiger had his back turned toward the goal as he couldn’t watch the kick out of nervousness. During the penalty shootout, everyone stepped up to the spot with this calmness that they weren’t going to miss—Chelsea’s triumph was written in the stars.

That confidence is one of the characteristics of Chelsea Football Club, and it continues to define the club to this day. It is why players want to come to Stamford Bridge to play in the blue shirts. It is why Chelsea is still one of the top teams in England and Europe.