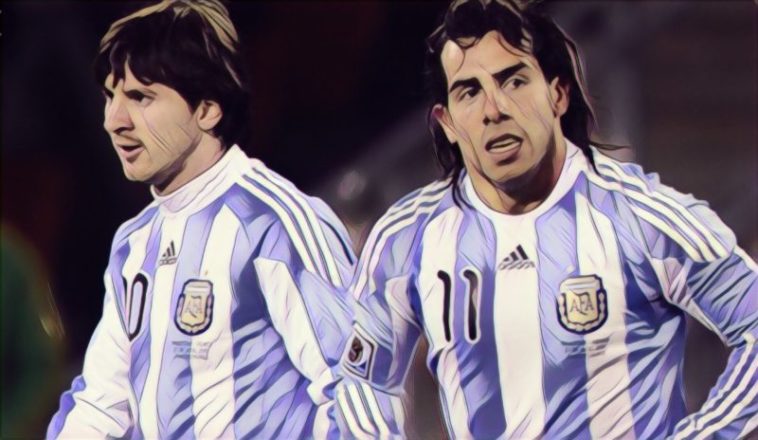 Carlos Tevez has pleaded with Argentina captain Lionel Messi not to quit international football after yet another tournament of disappointment for the La Albiceleste at this summers World Cup in Russia.

Messi and his team-mates came in for some heavy criticism after a humiliating 3-0 Group Stage loss to Croatia, and although they did scrape through to the knockout stages, they were outclassed by eventual winners France in the round of 16 in a game that ended 4-2 to Les Blues.

It is widely expected that 31-year-old Messi will soon announce his retirement from international football, but former Manchester United, Man City and West Ham striker Tevez has urged him to continue representing his national side and even labeled him the ‘soul’ of Argentina:

“I think Leo has to think about himself,” Tevez told ESPN.

“He has to think that, if there is not a project that makes him happy and in which he feels comfortable, it is very difficult to take the responsibility of leading Argentina to become champions by himself.

“We need him because he is the soul of Argentina and, as long as he continues playing football, it has to be that way because he is Argentina’s biggest idol and he has to take that responsibility.

”Now [I tell him] to rest, keep a cool head and try to be well, then we need him to take charge and on the pitch.”

CHECK OUT SOME OF THE BEST QUOTES ABOUT MESSI BELOW!