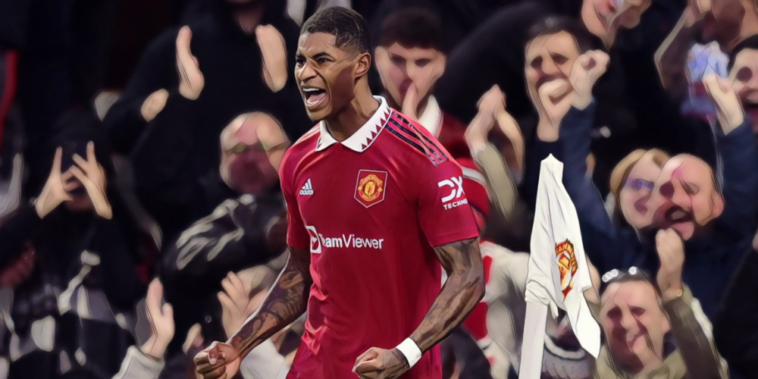 After a couple of really disappointing years, Rashford has rediscovered some of his best form, already netting 12 goals and providing four assists in 23 outings for Manchester United to date this season.

The 25-year-old – who netted three times at the World Cup – has scored in each of United’s four games since the Premier League’s post-World Cup restart, and speaking ahead of the FA Cup third round tie against Everton on Friday night, Erik ten Hag has urged him – and other members of United’s squad – to keep their focus during games.

“First of all, keep the focus always and doesn’t matter if you are in the game or not in the game, keep focusing on scoring the goal,” he told his pre-match press conference.

“A player like Marcus but others in our squad – Anthony Martial is the same – when they stay in the game, mentally, focused, 100% concentration, they have the skills and only need one moment to change the game in a positive way.

“If he develops that skill, he will score more goals and contribute to a successful season.”

United signed Martin Dubravka on a season-long loan in the summer, though Newcastle have since recalled the goalkeeper after he made just two appearances for the Old Trafford outfit.

The Red Devils have now made a move to add Crystal Palace’s Jack Butland to their ranks on loan until the end of the season, with the former England goalkeeper understood to have had a medical on Thursday.

Ten Hag insisted that David de Gea will continue to be United’s number one, but explained his reasoning for signing the 29-year-old.

“Yes, so Martin was recalled and now to set up with three experienced goalkeepers, we have some young ones and they do well, but we have so many games, so you need three good goalies in training but also when problems are coming, you need experience in goal to get what you are aiming for.

“I’m really happy with David, it’s quite clear, he’s our number one, he’s a really good performer – but there’s always something that can happen with David as well, and you have to be prepared for that, so you don’t have one.

“Last year I had a situation with Ajax we had three goalies injured, and you don’t want a position that you play for trophies, and you have to put in a young keeper, you can’t expect it, and also kill your season. That’s what you have to be prepared for.”

Read – Man Utd linked with another raid on Ajax