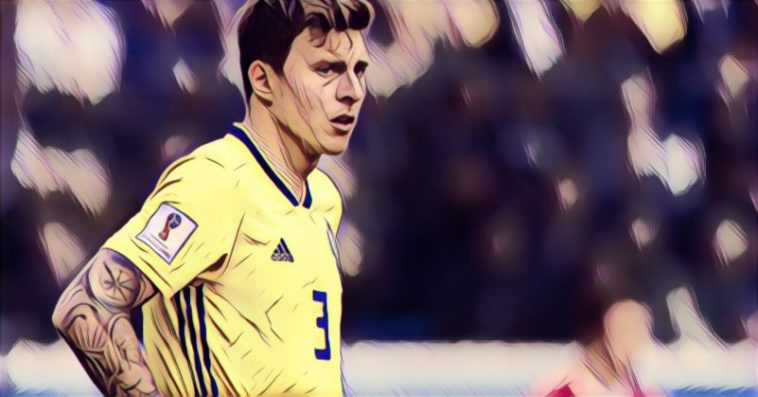 Sweden defender Victor Lindelof has admitted that he will now be cheering for England to win the World Cup, after Gareth Southgate’s side defeated the Scandinavian nation 2-0 in the quarter-final last Saturday.

Several of Lindelof’s Manchester United team-mates are in the Three Lions squad, so for this reason the 23-year-old will be supporting England when they face Croatia in the semi-final next Wednesday.

“I just spoke with them you know and they gave me a hug and I congratulated them on the win and wished them good luck,” he said in the post match press conference.

“I have wished them all the best and I will be cheering for England to win it now
because they are my friends.

“They are a very good team. They have good quality players. They have a good chance to make it through to the final.”

Lindelof did admit that losing at the quarter-final stage of the World Cup had been a crushing blow:

“Of course, it’s the biggest disappointment of my career so far. It is the World Cup, it is the biggest thing you can play in for your national team.

“To lose in the quarter-finals is tough. I’m very, very disappointed.“

Despite the obvious heartbreak of exiting the World Cup, Lindelof has earned rave reviews for his performances in Russia, with many Man United fans singing his praises as they remain hopeful that he can translate the form he has shown this summer to the Premier League next season.