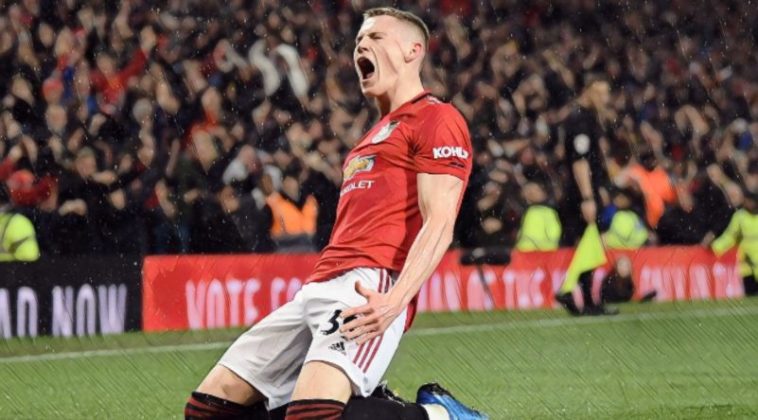 Scott McTominay urged Manchester United to not get ‘too carried away’ after he netted a superb 40-yard strike to seal a memorable win in Sundays Manchester derby.

Having gone ahead through a first-half Anthony Martial finish, Manchester United were forced to defend deep in the second half, Pep Guardiola’s side turning the screw and piling on the pressure in search of an elusive equaliser.

The Citizens would enjoy 76 per cent possession after the break as United turned all hands to the defensive pumps, the Old Trafford crowd collectively holding its breath with every wave of Man City attack.

However, the United faithful were offered an ecstatic release of emotion in the 96th minute of the game, Scott McTominay latching on to a loose throw out from City ‘keeper Ederson, before the Scotland international cooly despatched a strike into the empty net from all of 40 yards to send 70,000 United hearts and voices into raptures.

The result moved United back up to fifth in the Premier League, three points behind fourth-placed Chelsea who had comfortably despatched of Everton earlier in the day.

Speaking afterwards, derby hero McTominay urged his side to ‘keep pushing’ in the race for the top four, though admitting he enjoyed the ‘sweet moment’ of his late winner.

“That was such a sweet moment. Credit to the boys. Sticky first 20 minutes and we had to keep going,” McTominay told Sky Sports.

“We will take confidence from that but in the coming weeks we have got to keep the run going.

“It’s such a beautiful feeling to score like that in front of the fans. But we can’t get too carried away and need to keep pushing for the Champions League.”