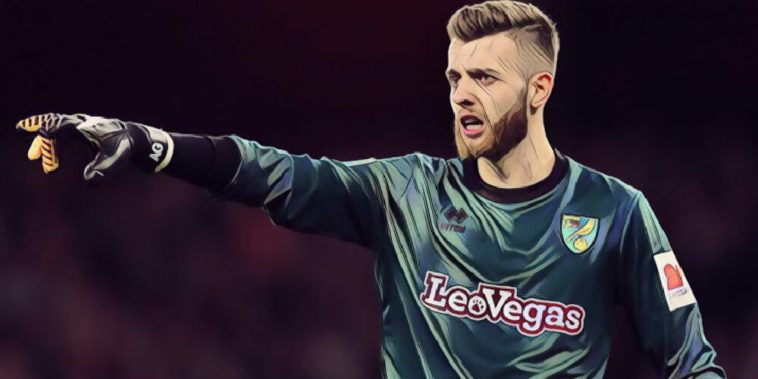 Stoke City are looking at potential replacements for Jack Butland with the goalkeeper widely thought to be on the move this summer.

Butland has been linked with a £40 million move to Liverpool this summer, with the Reds said to be confident of landing his signature, leaving the Potters in search of a new number one.

According to the Sun today, one of their potential targets is Manchester City reserve goalkeeper Angus Gunn, who is currently on loan at Championship side Norwich City.

While he has impressed during his loan spell at Carrow Road, and with Ederson and Claudio Bravo ahead of him in the pecking order at the Etihad, he could be set to move on to find more regular first team football.

The Potters could try to sign him either on loan, or in a permanent deal, but maintaining their Premier League status could make or break their hopes in securing his signature, as they aren’t the only club interested.

It is also claimed that former Liverpool boss Brendan Rodgers is also eyeing the 22-year-old with a view to taking him to Celtic, who would also make him their number one goalkeeper.

However it seems that Gunn is not only a man in demand in club football, but also on the International scene, with both England and Scotland wanting him to commit his future to them.

He has played his youth football with England at U21 level, but newly re-appointed Scotland boss Alex McLeish wants him to follow in his fathers footsteps by playing for Scotland.